Rosenbaum, who played Lex Luthor on Smallville, broke his silence about Mack's sex-trafficking arrest during an appearance on the podcast This Past Weekend

Michael Rosenbaum costarred with Allison Mack on Smallville for seven seasons — but her arrest earlier this year on charges of sex trafficking and forced labor, among other counts, has put into stark relief the reality that Rosenbaum did not really know Mack at all, he says.

Rosenbaum, 46, who played Lex Luthor on the long-running superhero drama, broke his silence about Mack’s arrest during a recent appearance on the podcast This Past Weekend.

Mack was taken into custody in April in connection with the controversial New York-based self-help group Nxivm. She, along with Nxivm founder Keith Raniere and other top Nxivm members, is accused of participating in a years-long racketeering conspiracy, according to a federal indictment reviewed by PEOPLE.

Prosecutors have described Mack, 36, as one of Raniere’s top lieutenants in a secretive sub-group of Nxivm known as DOS.

“I’ve chosen not to talk about it only because it’s shocking and all I can say is this: When I was on that show, Allison was the sweetest, most professional — she was just a great girl, great actress,” Rosenbaum said during the TPW episode on July 18.

“The whole story’s yet to come out but I think a lot of the story’s out there now and I think it’s just shocking, it’s surprising,” Rosenbaum said. “She was great.”

Still, he explained, his interactions with Mack — a decade his junior — were largely surface level while they worked together:

“I really didn’t hang out with Allison but maybe a couple times throughout seven years. So we didn’t know each other, we weren’t close friends, but like there was always a mutual respect and love there.”

“I didn’t expect this, this was a curve ball,” he said. “But again, I didn’t really know her.”

Speaking with TPW host Theo Von, Rosenbaum also speculated about how Mack could have become so deeply involved in Nxivm’s illicit activities, as alleged by federal prosecutors.

“She was smart, this is why it’s so shocking to me,” he said. “Yes, she was younger, she could have easily been mind-f—– and given like who knows, they could have said, ‘Oh’ — and promised her this thing and she was empowered by things and somehow she fell down this.”

“Ultimately, inadvertently,” he wondered, “she got into something that was bigger than her.”

Rosenbaum said that when he learned of the case, he “looked at [Smallville star] Tom [Welling] and I talked to a couple people and I was like, I don’t even know what to say.”

Mack has previously discussed her connection with Raniere. “Over the course of several years, Mr. Raniere mentored Allison in her study of acting and music,” her website stated before it was taken down.

She is not the only Smallville actress with a connection to Nxivm: Kristin Kreuk, who appeared on the series as Lana Lang, participated in one of the group’s courses but “left about five years ago and had minimal contact with those who were still involved,” she said in a statement in March, after Raniere was arrested.

“The accusations that I was in the ‘inner circle’ or recruited women as ‘sex slaves’ are blatantly false,” Kreuk continued. “During my time, I never experienced any illegal or nefarious activity. I am horrified and disgusted by what has come out about DOS.”

According to federal authorities, Mack is accused of recruiting women to join DOS, or “Dominus Obsequious Sororium,” which was purported to be a female mentorship group within Nxivm that was designed to address their weaknesses.

However, investigators believe DOS was actually a pyramid-like group created by Raniere, who allegedly took advantage of the women sexually. (Raniere has described DOS as a consenting “sorority” outside of Nxvim.)

DOS slaves were “branded in their pelvic regions with a cauterizing pen with a symbol that, unbeknownst to them, incorporated Raniere’s initials,” authorities allege.

Prosecutors contend Mack was “one of the women in the first level of the pyramid immediately below Raniere” in DOS. As such, she allegedly had female “slaves” underneath her, according to a prosecutors’ statement, which claimed Mack “directly or implicitly required” two women “to engage in sexual activity with Raniere.”

“In exchange, for this, Mack received financial and other benefits from Raniere,” the statement alleged.

What’s more, allegedly as part of her role in the group, Mack made new recruits provide “collateral” — defined by prosecutors as “highly-damaging information about friends and family members, nude photographs and/or rights to the recruit’s assets.”

The collateral, prosecutors claim, gave Mack leverage with which to blackmail “slaves” if they told people of DOS’ existence or tried to leave.

In court documents filed earlier this year, however, Raniere’s attorneys cast his followers in a radically different and more benign light — arguing the government “has made itself the morality police,” according to the Associated Press.

“Through this case, the United States Government seeks to curtail the ways in which independent, smart, curious adults may legally search for happiness, fulfillment and meaning.”

The more recent federal indictment, filed on July 23, charges Mack and Raniere along with four other Nxivm members with racketeering conspiracy, describing a series of illegal acts designed to “promote and protect Raniere and Nxivm.”

As FBI Assistant Director-in-Charge Sweeney said in a statement on July 24: “This long-running conspiracy crossed multiple avenues of criminal activity, which included, among other things, electronic monitoring; identity theft; extortion; victim smuggling; and illegal trafficking of a victim after a period of unlawful confinement.”

“The details of these alleged crimes become more and more grim as we continue to dig deeper into the conduct of this organization and its intended mission,” Sweeney said last month.

Nxivm is based out of Albany, New York, and has been the subject of scrutiny from both law enforcement and journalists as it came under fire from Dynasty actress Catherine Oxenberg, whose daughter India joined the group in 2011.

Oxenberg, 56, first opened up to PEOPLE last year about how she believed India had been “brainwashed” by Nxivm.

For the past two decades, thousands of people have paid as much as $3,400 for an executive coaching workshop offered by Nxivm, which promised to take participants on a journey of personal discovery and development, according to a previous PEOPLE report.

The group has since suspended its work.

“While we are disappointed by the interruption of our operations, we believe it is warranted by the extraordinary circumstances facing the company at this time,” it said in a brief statement on its website.

Nxivm has not responded to numerous requests for comment from PEOPLE, but in the fall it denounced an article about it as possibly “a criminal product of criminal minds.”

Mack and four other defendants in the Nxivm case have been released from custody on bond, according to a prosecutor’s spokesman. Raniere remains behind bars.

All six have pleaded not guilty to their charges.

Their attorneys have not responded to PEOPLE’s requests for comment. 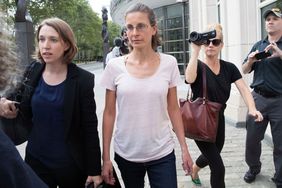 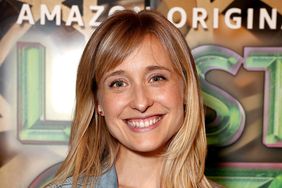