About 100 cattle have disappeared from the Oklahoma ranch of Jet McCoy, who's competing on his third season of The Amazing Race

It’s a classic Western tale but with a prime-time TV twist – the cattle thieves could have appeared in an episode of Breaking Bad, and the cowboy is a reality star.

Oklahoma rancher and The Amazing Race contestant Jet McCoy says about 100 cows have been taken from his property. Authorities have two suspects in custody who have admitted to being methamphetamine users and allegedly stole the livestock to sell and fund their habit, PEOPLE confirms.

It’s the latest incident in an ongoing battle, ABC News reports, with ranchers and law enforcement on one side and cattle robbers fueled by drug addiction on the other.

According to Chief Jerry Flowers, who heads up a special task force set up by the Oklahoma Department of Agriculture to apprehend cattle thieves, the two suspects have been identified as David Wallace, a former ranch hand of McCoy’s, and Larry “Snag” Smith.

The cattle, which are worth around $1,000 each, were allegedly taken gradually and sold at auction, and initially McCoy didn’t notice their absence.

“Wallace worked for McCoy on his ranch,” Flowers tells PEOPLE, noting that 99 cattle have allegedly been stolen. “While he was employed at the ranch, he also lived on the property. This was a crime of convenience. McCoy was targeted by the two suspects because they were familiar with the property and its operation.”

Flowers adds: “In interviews with me and my agents, both suspects admitted to being meth users. While there are no drug charges being filed against Wallace and Smith in this case, they both have prior arrests for narcotic charges.”

Both men have been charged with larceny of a domestic animal, and each is being held on a $250,000 bond following a preliminary court hearing in Pontotoc County, Okla. A judge has yet to set a trial date.

McCoy also said he understands why cowboys in the Old West took matters into their own hands.

“It’s no surprise to me that in the old days when they found somebody stealing cattle and horses that they’d just string ’em up,” said McCoy, who competes on The Amazing Race with his brother, Cord. The pair placed second in season 16 and sixth in season 18, and are part of the current all-star season. 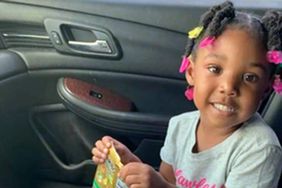 So Where's the Beef?

When His Broadway Star Faded, Hawaii's Richard Smart Found Happiness Back at the Ranch