Alex Jones Ordered to Pay $45.2 Million to the Parents of a Sandy Hook Shooting Victim

Alex Jones was sued by Neil Heslin and Scarlett Lewis, whose 6-year-old son Jesse was killed in the Sandy Hook shooting, a massacre Jones claimed was a hoax

A Texas jury has ordered Alex Jones to pay the parents of a Sandy Hook shooting victim more than $45 million in punitive damages after he called the mass shooting a hoax and accused victims' parents of being actors.

On Friday, Neil Heslin and Scarlett Lewis, the parents of Jesse, 6, who died in the 2012 massacre, were awarded $45.2 million in punitive damages for the suffering they experienced due to Jones' lies, according to CNN.

Jones was not present when the jury announced the verdict, The Washington Post reports.

Before the verdict, the parents' attorney Wesley Todd Ball left jurors with a final message.

"We ask that you send a very, very simple message, and that is, stop Alex Jones. Stop the monetization of misinformation and lies. Please," he said, per CNN.

NBC News reports that the attorney, who previously asked jurors to award Heslin and Lewis $150 million, said he wanted the amount to sting enough to "take the bullhorn away" from the Infowars host.

"I ask that with your verdict, you not only take Alex Jones' platform that he talks about away. I ask that you make sure that he can't rebuild the platform. That's what matters," Ball added, according to NBC News. "That is punishment, that is deterrence."

Meanwhile, Jones' lawyer, F. Andino Reynal, noted during his argument that Texas law limits punitive damages to $750,000 for each plaintiff.

The outlet adds that Ball also referenced a previous judgment against Jones, which found him liable for $4.1 million in damages.

"He's probably already made it back in donations" from his supporters, Ball said.

Ball did not immediately respond to PEOPLE's request for comment. Reynal could not be reached for comment.

In Oct. 2021 Jones, a right-wing radio host, was found legally responsible for spreading false and inflammatory statements about the mass shooting after Scarlett Lewis and Heslin sued him for defamation.

After a nearly two-week trial to determine how much Jones and his media company must pay Lewis and Heslin, who delivered devastating testimony against Jones, the jury began deliberating on Wednesday before deciding on $4.1 million in compensatory damages.

Just after 9:30 a.m. on Dec. 14, 2012, Lewis and Heslin were among the parents, spouses and loved ones who were sentenced to a lifetime of immeasurable grief when they learned 20 children and 6 adults had been fatally shot in one of the deadliest mass shootings in U.S. history and the first at an elementary school.

On the day of the shooting, Jones said in an episode of Infowars that the shooting might have been "a staged event," CBS News reported.

Weeks later, he told a caller that "Sandy Hook is a synthetic completely fake with actors, in my view, manufactured," according to Politifact. 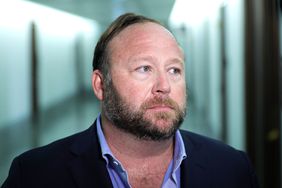 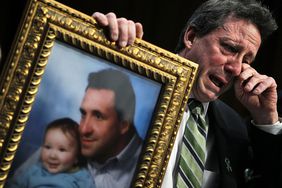 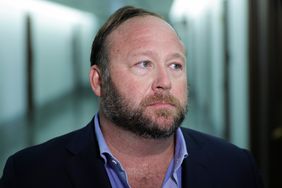 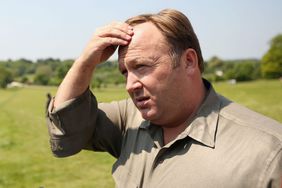 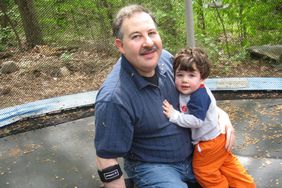 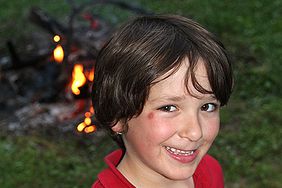 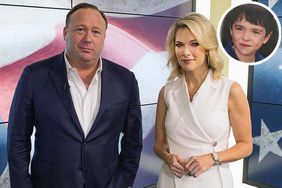