The body of A.J. Freund was found buried in a shallow grave on Wednesday

Time and again, authorities came to the home where 5-year-old Andrew ‘A.J.” Freund lived with his parents.

Caseworkers had long been familiar with the family. When A.J. was born in 2013 with opiates in his system, he was removed from the home. According to the Chicago Tribune, he was returned to his parents in 2015.

Still, A.J. and his sibling remained with the family.

Last week, the Illinois boy’s life was cut short. On April 15, the boy’s parents, Andrew Freund Sr., 60, and JoAnn Cunningham, 35, allegedly forced A.J. “to remain in a cold shower for an extended period of time and/or struck [him] on or about his body, knowing such acts would cause the death of [him],” prosecutors said in a criminal complaint filed Thursday in McHenry County Circuit Court, which was obtained by PEOPLE.

On Wednesday, the Crystal Lake Police Department and the FBI announced that they had found the remains of the child wrapped in plastic and buried in a shallow grave.

According to McHenry County Interim Coroner David Devane, the cause of death was “craniocerebral trauma as a consequence of multiple blunt force injuries.”

Illinois Boy, 5, Was Allegedly Forced Into Cold Shower and Then Beaten by Parents Before Death
Ill. Mom Accused of Killing Son, 5, Tearfully Pleaded for Safe Return on TV: ‘My Kids Are My Life’

Police arrested Cunningham and Freund on Wednesday. Both face a slew of charges including first-degree murder, aggravated battery and failure to report the death of a child, according to the criminal complaint.

They are being held on a $5 million bond and will be arraigned Monday. Their attorneys did not immediately respond to PEOPLE’s request for comment.

As the tragedy has unfolded, many have questioned why the boy was allowed to stay in deplorable conditions.

“I got the sense from what I read that the cops were essentially begging [DCFS] to take the child,” state Rep. Sara Feigenholtz, a Chicago Democrat who chairs the House Adoption and Child Welfare Committee, told the Associated Press. “There were so many calls made, so many signs of trouble and still nothing was done.” 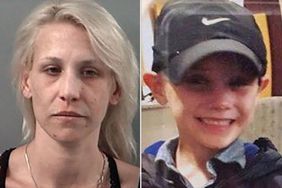 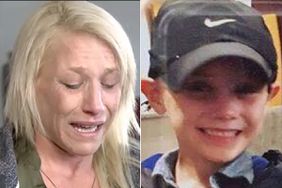