Ahmaud Arbery, 25, was fatally shot after being chased by two white men who told police they thought he was a burglar

The fatal shooting of an unarmed black man, chased down a Georgia street by two white men who said they believed he was a suspect in a series of break-ins, will go before a grand jury for potential criminal charges.

The announcement Tuesday by Liberty County District Attorney Thomas Durden, the third D.A. to review the incident after two others removed themselves over potential conflicts of interest, assures a fresh look at the February 23 death of Ahmaud Arbery, who was shot a short distance from the Brunswick home where he lived with his mother.

Family members say Arbery, 25, was known to jog through the suburban neighborhood where he was shot in broad daylight, reports The New York Times.

According to a police report, Gregory McMichael says he believed Arbery was "the suspect" in a series of neighborhood break-ins. After McMichael, 64, who was standing in his front yard, saw Arbery "hauling ass" down the street around 1 p.m. that Sunday, McMichael told police he ran inside to alert his son, Travis, 34, saying, "Travis, the guy is running down the street, let's go," according to the report.

Gregory grabbed his .357 Magnum handgun and Travis grabbed a shotgun "because they 'didn't know if the male was armed or not,'" according to the report.

The father and son said they pursued Arbery in a truck and, joined by a third man, intercepted Arbery, shouting "stop, stop, we want to talk to you," at which point Travis exited the truck holding his shotgun, the report states. A confrontation between the men and Arbery ensued, and the subsequent fatal shooting was apparently captured on video. (PEOPLE has not confirmed the authenticity of the video and police have declined comment.)

Two district attorneys recused themselves from further judgment in the case, reports the Times.

Following his own review, Durden, the D.A. in Liberty County, issued a statement that read: "I am of the opinion that the case should be presented to the grand jury of Glynn County for consideration of criminal charges against those involved in the death of Mr. Arbery," reports NBC News.

He did not indicate what charges or when (grand juries have not been convening since the statewide shutdown), but added: "I have no control over the suspensions due to the pandemic; however, I do intend to present the case to the next available grand jury in Glynn County."

The victim's mother said, "Ahmaud is no longer with us and he's not with us because two men followed him while he was jogging and killed him," reports CBS News. "An arrest should have been made already."

An attorney for Arbery's family, Lee Merritt, rejected the notion of self-defense or any claim of proper action allowed under citizens-arrest statutes. "There's more than enough evidence for a case for murder," he told CBS News.

Attorneys for the McMichaels were not identified, but Gregory told CBS News he had no comment while the case was under investigation.

In a statement, Merritt said: "The video clearly shows Mr. Arbery jogging down the road in the middle of the day. Mr. Arbery had not committed any crime and there was no reason for these men to believe they had the right to stop him with weapons or to use deadly force in furtherance of their unlawful attempted stop." 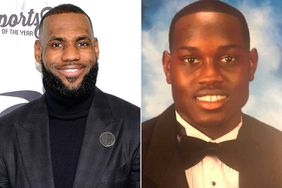 Supporters of Black Ga. Man Shot While Jogging Will Run 2.23 Miles in Honor of His Birthday on Friday

Mom of Man Shot While Jogging in Ga. Says Son Was 'Kind,' 'Loved' — and She Will Never Watch Video 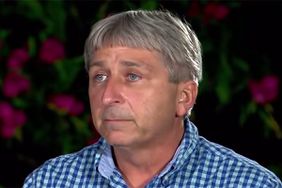 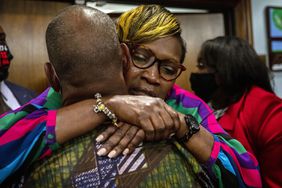