Hearing to determine if Adnan Syed, the central figure of the podcast Serial, will receive a new trial, continued yesterday

Asia McClain, an alibi witness in the request for a new trial of Serial podcast subject Adnan Syed, withstood a cross-examination that attempted to raise doubts about her testimony.

At Syed’s post-conviction hearing in Baltimore, Deputy Attorney General Thiru Vignarajah attempted to raise doubts about McClain’s motivations, and her account of being with Syed at a public library between 2:15 and 2:36 on January 13, 1999, the time frame in which the state has said Syed strangled Hae Min Lee in a Best Buy parking lot.

This week was the first time McClain has ever testified. McClain had written Syed two letters within days of his arrest offering to help. But she was never contacted by Syed’s original attorney as a witness, and his current defense team seeks a new trial on the grounds that his first attorney was ineffective for failing to contact McClain.

Vignarajah asked the now 34-year-old mother of two about the weather on the day she allegedly saw Syed in the library. He reminded McClain that she had told Serial host Sarah Koenig that it was the season’s first snow the night of her library meeting with Syed. He then revealed that the season’s actual first snow had been the week before.

While McClain said she didn’t recall if it was the first snow, she was adamant in her recollection of bad weather – which, on the day of the murder, was actually a severe frozen rain stor

“What makes it important to me is that we didn’t have school” for the next two days, McClain said, who also recalled “trying to use the weather” to stay at her boyfriend’s house a few extra hours.

Key to McClain’s testimony are the two letters she sent to Syed in the days after his arrest in which she said she was with him at the time the state claims he killed Lee.

Vignarajah suggested that she knew details about the case contained in the letters by reading an arrest warrant, which was actually issued weeks after she says she wrote the letters. McClain denied getting information from the warrants, instead saying the high school was swirling with gossip after Syed’s arrest.

Brown wrapped up McClain’s testimony by asking her to recount the day she sat with Syed in the library, which she reiterated was for 15 to 20 minutes starting at about 2:15 p.m. on January 13, 1999.

“Did anyone from Mr. Syed’s defense team every contact you?” asked Brown.

The defense then turned to the issue of unreliable cell phone data used to convict Syed.

The night of Lee’s murder, Syed and his friend, Jay Wilds, were allegedly at Baltimore’s Leaken Park, where the pair were digging a shallow grave to bury Lee, according to Wilds’ admission to police that was played in Serial.

Syed received two incoming calls shortly after 7 p.m., and it was the data from these two calls that prosecutors used to corroborate Jay’s story.

However, AT&T, Syed’s carrier, had sent information via a fax cover sheet to prosecutors that was entered into evidence and reads: “Any incoming calls will NOT be considered reliable information for location.”

This information never made it into the hands of jurors, or the AT&T engineer who had testified for the prosecution at that the incoming call data placed Syed at the park.

The defense offered into evidence a sworn affidavit from the engineer, Abraham Waranowitz.

“If I had been aware of this disclaimer it would have affected my testimony,” Waranowitz said in the affidavit. “I would not have affirmed the interpretation of a phone’s possible geographical location until I could ascertain the reasons and details of this disclaimer.”

The defense yesterday introduced a cell phone forensics witness, Gerald R. Grant, Jr., who also testified in the Boston bombing case. He said that if he had received those instructions from AT&T, he would not be able to plot a cell phone’s location from incoming calls without further information from the carrier.

“You have specific instructions on how to read the record,” he said of the fax cover sheet. “There were instructions. They should have been followed.”

More testimony begins this morning in the 3-day hearing scheduled to conclude today. 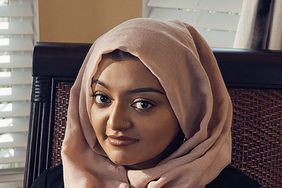 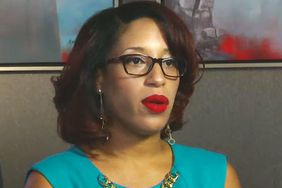 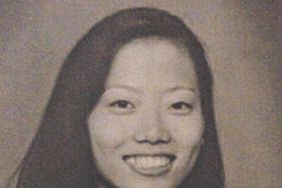