• At least 58 people were killed and 527 others were injured in a mass shooting Sunday night at the Route 91 Harvest country music festival in Las Vegas, according to police

• The shooter has been identified as 64-year-old Stephen Paddock, of Mesquite, Nevada, whom authorities say was found dead from a suicide following the shooting

• According to Las Vegas police, Paddock fired on the crowd of more than 22,000 from his 32nd-floor at the Mandalay Bay Hotel, where he had been staying since Thursday

• The shooting is now the deadliest in modern U.S. history

• There is no connection between the shooting and international terrorism, according to the FBI

Las Vegas authorities say at least 58 people were killed and 527 others were injured after a heavily armed 64-year-old man rained down gunfire from his 32nd-floor hotel room onto a nearby country music festival Sunday night, in what is now the deadliest mass shooting in modern U.S. history.

More than 22,000 people were in attendance, according to police.

Videos posted on social media show Aldean singing as very rapid gunfire begins in the background. He can be seen running from stage as he, and the thousands in the crowd, realize what is happening.

Victim identification is ongoing and few details have been released about the dead or injured. Las Vegas police said an off-duty officer was killed, though he has not been identified further.

Sonny Melton, a 29-year-old registered nurse from Big Sandy, Tennessee, was at the concert with his wife, who said he was killed after saving her life.

Witnesses later described scenes of chaos and confusion as they fled the area or else were trapped by the gunfire while taking cover.

“People were stacked on top of one another,” said Mark Gray, a PEOPLE contributor who was in attendance. “The shots just went on forever. It was relentless. It just kept getting louder and louder …. The windows started getting shot out and you felt glass and shrapnel hitting your back.”

There were “in excess of” 10 rifles found in Paddock’s room, where he had been staying since Thursday, Lombardo said. Authorities are currently searching his residence.

“Right now we believe it’s a solo act, a lone-wolf attacker,” Lombardo told reporters early Monday. “We are pretty confident there is no longer a threat.”

“Tonight has been beyond horrific. I still dont know what to say but wanted to let everyone know that Me and my Crew are safe. My Thoughts and prayers go out to everyone involved tonight,” he wrote.

“It hurts my heart that this would happen to anyone who was just coming out to enjoy what should have been a fun night.”

Multiple reports state that ISIS claimed responsibility for the attack, according to the SITE Intelligence Group, which tracks extremist groups. Through its news agency, the terrorist group reportedly claimed the shooter was one of its “soldiers.”

But a federal counter-terrorism source tells PEOPLE, “ISIS would claim responsibility for Las Vegas no matter what. If they did or didn’t do it, they would say they did. It fits their narrative of having secret cells planted around the country.”

“That said, we have to take the claim into account,” the source adds. “Something triggered this guy. He seemed to act out of nowhere. What happened? Was it domestic problems, rental illness, revenge? Or did he join ISIS? We have to consider everything.”

A federal source says that although no connections to ISIS have been found, authorities are “doing full diligence” on the claim.

The Pentagon said Paddock did not have a record of military service.

Aldean’s wife, Brittany, also posted a message on Instagram early Monday saying, writing, “We are safe… our angels were definitely watching over us tonight. No words for what happened… Just horrific. Praying for everyone.”

Witness Ivetta Saldana told the Las Vegas Review-Journal, “It was was a horror show. People were standing around, then they hit the floor.”

Robyn Webb, who was at the concert with her husband, told the newspaper, “It just kept coming. It was relentless.”

A security official says that protecting people in a “soft target” environment such as the Las Vegas concert shootings is the sort of thing that keeps homeland security planners awake at night.

“This is the nightmare scenario,” the official tells PEOPLE. “There’s almost nothing you can do.”

The official is not authorized to contact the press and spoke on the condition of anonymity.

“The guy had the perfect snipers nest,” the official says of the shooter. “He picked his target, and he picked his spot.”

“The lights [at the concert] both helped and hurt,” the security official says. “It helped people who were trying to see their way out of the kill zone. It might have hurt in terms of lighting up the target, but that might not have made a difference. He wasn’t aiming so much as spraying. All he had to do was point in the general direction he wanted to hit.”

Authorities later made contact with a woman believed to be Paddock’s roommate, Marilou Danley.

Authorities said they believe Paddock was using Danley’s identification at the hotel and that she was not involved in the shooting, though Sheriff Lombardo later described her as a “person of interest.”

“We have been in contact with her and plan to engage with her upon her return to the country,” he said at a news conference on Monday.

NBC News reports that police have searched a home in Mesquite, Nevada, about 85 miles from Las Vegas. It’s believed the gunman lived there with Danley.reu

A Mesquite police spokesman tells PEOPLE that neither Paddock nor Danley had prior run-ins with police.

Danita Cohen, a spokeswoman for the University Medical Center in Las Vegas, told TODAY that 104 patients were being treated there, including more than 30 in the trauma center. Twelve people were in critical condition, CNN reports.

“My warmest condolences and sympathies to the victims and families of the terrible Las Vegas shooting,” he wrote. “God bless you!”

Country star Jake Owen had just finished his set on Sunday night, before Aldean began performing, and was still on stage when the shooting started. He told TODAY that he ran off the stage and ducked for cover.

“I was crouched down behind a cop car. There was blood on people and you could see a couple of people in the streets that looked like they had been shot,” he said.

• With reporting by KC BAKER, DIANE HERBST and SUSAN KEATING 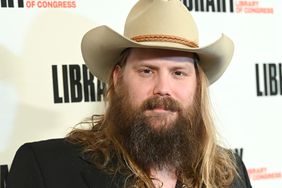 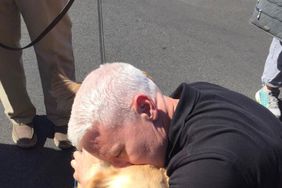 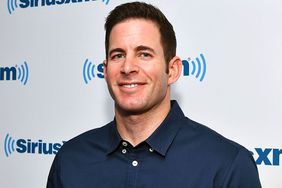 'Flip or Flop'' s Tarek El Moussa Was at Vegas Concert Before Shooting Started: 'My Heart Goes Out to Everyone' 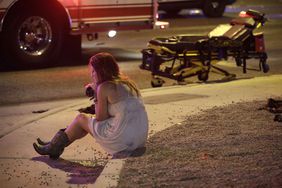