When Liberty German and Abigail Williams were reported missing last Monday, authorities initially did not suspect foul play. But when their bodies were found the next day off the shore of a local creek, police declared they were investigating a double homicide.

Since their alleged murders, state police have announced that a man photographed on the hiking trail near where the girls were last seen alive is now “the main suspect” in the case.

Here are five things to know about the homicide case of Abigail Williams and Liberty German.

The girls were reported missing by family on Monday evening after they were dropped off to go hiking near the “Monon High Bridge,” an abandoned railroad.

Liberty and Abigail were familiar with the community trails, which were popular with locals.

“She went hiking often,” Mike Patty, Liberty’s grandfather, previously told PEOPLE of his granddaughter, who he raised alongside his wife, Becky.

“We talked all the time [about safety], it was something that I stressed, but I guess not enough,” Patty said.

2. Police Said the ‘Way the Bodies Were Found’ Led Them To Declare a Homicide

While police initially did not suspect foul play in the girls’ disappearance, on Tuesday they said their deaths were homicides.

“We are investigating this as a crime scene,” Indiana State Police Sgt. Kim Riley said at a press conference last Tuesday, adding that the “way the bodies were found” led them to believe the girls were killed.

The girls’ bodies were found nearly 60 feet from the water’s edge on private property, Riley said on Wednesday. He would not comment on whether they had any obvious injuries.

3. Police Have Not Revealed Cause of Death

Officials have not released any information on the girls’ causes of death, citing the ongoing investigation.

“Some of that information could be key in a prosecution, so I feel like that information at this current time needs to be protected so that we make sure the case is properly handled when the time comes for criminal prosecution,” Carroll County Sheriff Tobe Leazenby said at last Tuesday’s press conference.

Officials said members of the public should remain cautious of an alleged killer roaming the streets.

“It is disturbing,” Leazenby said. “There is somebody out there that did do this crime and we’re going to track them down.”

There is no know motive for the killings.

4. A Man Photographed Near the Scene Was Identified as a Suspect

Last Wednesday, Indiana State Police released two photos of a man who was seen walking along the trail at around the same time Abigail and Liberty were there.

On Sunday, state police announced the man pictured is the main suspect in the girls’ deaths.

“He’s not just someone we want to talk to; we consider him a suspect in these murders,” Sgt. Tony Slocum said Sunday, according to CBS News. “We’re officially calling him a suspect versus a subject we’re looking to speak to. He’s going to be our main suspect at this time.”

The photos appear to show a white man dressed in light blue jeans and a blue jacket over a brown shirt.

Since the two photos of him were released, the man in question hasn’t contacted authorities, Slocum said.

“That doesn’t make him a suspect by not contacting us. It’s the totality of the evidence we’ve been developing so far that leads us to that,” Slocum said.

5. The Girls Were Best Friends

Abigail and Liberty were best friends, Patty told PEOPLE. The teens met as little girls and bonded over their love of sports.

When they weren’t in class together at the local middle school, Abigail and Liberty were playing sports or hiking Delphi’s community trails, Patty said.

The girls’ families have been drawing strength from the support of the community, which included hundreds of citizens forming search parties hours after they were reported missing.

“I can’t tell you how many people took off work, stayed out all night — even people we didn’t know — just to help us,” Patty said. “It’s been amazing. I wish there could have been a better outcome, but nevertheless, the support was overwhelming.”

State authorities urge anyone with information on Liberty and Abigail’s deaths to call 844-459-5786. 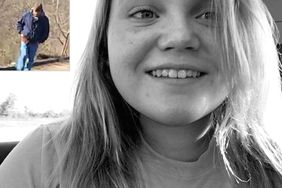 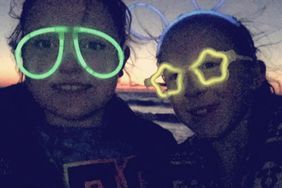 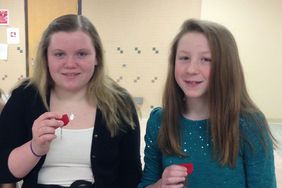 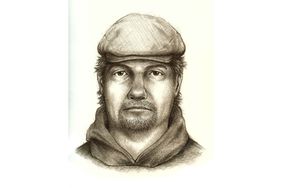 Have You Seen This Man? Police Release New Sketch of Suspect in Indiana Teens' Double Slaying

Investigators Vow to Catch Killer of Indiana Teens Slain on Hike: 'We Will Get that Justice' 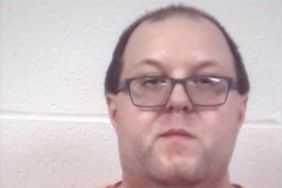 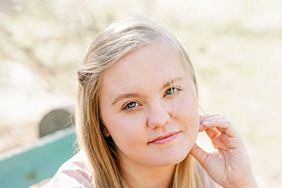