Speculation about Aaron Hernandez's sexuality has emerged after his prison suicide

When former NFL star Aaron Hernandez was found dead in prison last week, authorities found his final words to the people closest to him in the form of three handwritten suicide letters.

Authorities confirm to PEOPLE that one of the letters was for Hernandez’s fiancee, Shayanna Jenkins. Another letter was for the couple’s four-year-old daughter, Avielle Hernandez.

The recipient of the third letter remains a mystery.

On Wednesday, a lawyer for Kennedy gave a press conference in which he characterized his client as a “close friend” of Hernandez’s. Attorney Larry Army Jr. declined to tell reporters more about the relationship, but asserted that Kennedy would eventually reveal the “nature and extent” of his relationship with the ex-Patriots player.

“I miss my friend,” Kennedy said in a statement provided by Army. “I would like to send my condolences to his fiancee, his mother and his daughter.”

Army also said that the two men had requested to share a cell at Souza Baranowski Correctional Center, a claim that PEOPLE has verified with prison authorities. Additionally, Army claimed that Hernandez had promised to give his client a $47,000 watch, but acknowledged that he had no proof of the promise.

In the press conference, Army demanded that the third suicide letter be turned over to his client.

“Our team is doing serious legal work, we don’t have the time to stop our efforts and respond to every convicted felon that has something to say about Aaron Hernandez,” says Baez. “Quite frankly, I’m surprised more inmates have not come forward to try and make money off the tabloids.”

In the days after Hernandez hanged himself, multiple outlets began speculating about his sexuality, alleging that he had a longtime male lover. Citing police sources, Newsweek reported that authorities had probed whether Hernandez’s bisexuality was a motive for his suicide. (PEOPLE has independently verified that prosecutors explored Hernandez’s sexuality as they prepared their murder case against him.)

During Hernandez’s first trial, prosecutors wanted to introduce evidence that Hernandez got enraged when Odin Lloyd called him a homophobic slur. The defense objected, and the evidence was never heard. (PEOPLE’s calls to prosecutors were not immediately returned.)

Multiple sources who knew Hernandez back in his college years tell PEOPLE that the player formed deep bonds with both men and women, but was very discreet about his sexuality.

“If he was into guys, there is absolutely no way he would have said that,” says Katie Sears, a classmate at the University of Florida who was engaged to one of Hernandez’s friends and teammates. “That wasn’t his world. And I hate to say it, but it wasn’t the right atmosphere here for him to talk about it.”

Adds a teammate who played football with him during college: “Would anything surprise me with Aaron? No. When we played together, he was a passionate guy who got very close to guys on the team. I always took it as a brother/teammate type of thing. There were rumors, but that’s all they were: rumors.”

As the investigation into Hernandez’s death continues, those who knew him are shocked by the latest developments “This is light years away from what I knew of Aaron Hernandez,” says Sears. “I just can’t wrap my head around it.” 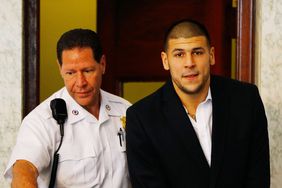 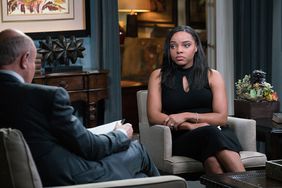 Aaron Hernandez's Fiancée Says She Was Shocked by His Suicide: 'I Thought it Was a Hoax' 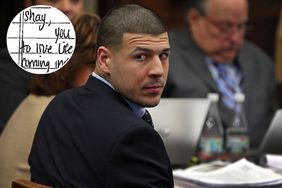 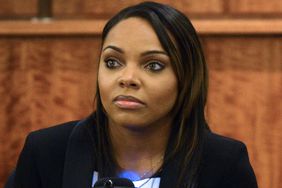