Lori Vallow, the Idaho woman who is being held on charges stemming from the disappearance of her children, has faced widespread scrutiny for several mysterious deaths in her recent past -- and authorities are now looking into the death of her third husband, Joseph Ryan.

Vallow and Ryan were married from 2001 to 2o04. He was the father of 17-year-old Tylee Ryan, who has been missing along with her 7-year-old brother, Joshua, since September. He also adopted Vallow's older son, Colby, from her second marriage. The marriage was rocky, and ended in divorce.

When Ryan died in his apartment in 2018, his body wasn't discovered for more than a week. Authorities notified Vallow, who was still listed as his next of kin, despite the fact that the marriage had ended 14 years earlier. She initially refused to claim his body, instead allegedly saying that the world was a better place without Ryan. The death was eventually classified as a heart attack, and his body was cremated.

"It's been tragedy after tragedy," Banfield tells PEOPLE about Vallow. "Obviously, she's not responsible for a lot of the deaths, but they've definitely become part of her history."

But authorities are questioning Ryan's death. An FBI source tells PEOPLE, "we are aware of Mr. Ryan's death and it has become part of the investigation into Lori Vallow."

In an interview with CourtTV Live, Ryan's sister, Annie Cushing, says that there were anomalies on the autopsy report, including an incorrect height and weight. She also disclosed that she has been interviewed for hours by the FBI.

"Everything about Lori Vallow is a mystery," Banfield it's PEOPLE, "It's so complicated and it's hard to keep track of all the different pieces. But she has not lived an ordinary life."

Vallow and Daybell are now officially under investigation for possible murder, attempted murder and conspiracy charges in the mysterious deaths.

Vallow's fourth husband, Charles, was shot to death during a July 2019 altercation by her brother, Alex Cox, who claimed he was acting in self-defense and was never charged. Three months later, Chad's wife, Tammy, was found dead in her bed -- a death police later called "suspicious." Her body has been exhumed.

The children still remain missing, and Vallow is jailed in Madison County, Idaho, on felony counts of desertion and nonsupport of dependent children, as well as resisting or obstructing officers, criminal solicitation to commit a crime, contempt of court and willful disobedience of court process or order for failing to produce the children. She is being held on $1 million bond.

Lori Vallow has pleaded not guilty to charges related to the children's disappearance, and is scheduled for a preliminary court hearing May 7 on those charges.

Vallow's attorney, Mark Means, has not responded to any previous calls by PEOPLE for comment. Both the AG's office and the office of Fremont County Prosecutor Marcia Murdoch declined PEOPLE's request for additional comment on the current investigation into possible additional criminal charges. 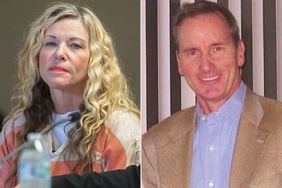 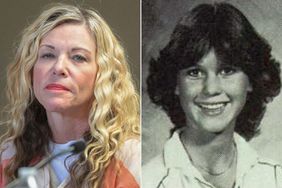 The Sister of Lori Vallow, Whose Kids Are Missing, Died Mysteriously in 1998: Report