One week after 90 Day Fiancé couple Larissa Dos Santos Lima and Colt Johnson got into an explosive argument that led to facial injuries for both, Dos Santos Lima has reportedly been indicted.

The 32-year-old reality star was charged with misdemeanor domestic battery on Wednesday, according to a criminal complaint obtained by TMZ.

Representatives at the Las Vegas Metropolitan Police Department did not immediately respond to PEOPLE’s request for comment.

Last Friday, Dos Santos Lima and Johnson allegedly got into an extremely violent argument. Dos Santos Lima shared several photos and videos on Instagram, revealing a bloodied face and claiming Johnson called the cops on her as the two were arguing.

“I just scratched him because he was hurting me,” she said in one video.

In the frantic videos, Dos Santos Lima said she was afraid of getting deported because Johnson called the police first. She also begged for help finding an attorney.

PEOPLE reached out to TLC and Dos Santos Lima for comment; Johnson was unable to be reached.

Shortly after their physical altercation went public, Dos Santos Lima made a tearful video as she claimed that GoFundMe shut down her campaign to raise money for her legal and bail fees.

In the video, recorded on Instagram Live, the reality star said that she needs to hire three attorneys for three different legal cases: a criminal attorney for an ongoing domestic battery case, an attorney for her divorce from Johnson and an immigration lawyer.

“I’m not happy about it, I’m not proud about it, but it’s something that I need your help with now,” Dos Santos Lima told her followers, tearing up.

The TLCstar later thanked her followers for their donations and announced she would not be receiving the money. Instead, Dos Santos Lima shared her Venmo and Zelle usernames and explained that the GoFundMe donors would receive a refund.

It is not clear why her fundraiser would have been removed from the crowd-sourcing website. Reps for GoFundMe did not immediately respond to PEOPLE’s request for comment.

RELATED VIDEO: 90 Day Fiance’s Jesse Threatens to Call Police on Darcey After She Allegedly Threw $1,000 Shoes at His Head

Johnson and Dos Santos Lima starred on the most recent season of the 90 Day Fiancé and quietly wed on June 24, 2018.

Dos Santos Lima was previously arrested in connection with domestic battery against Johnson.

On Nov. 10 at about 1:15 p.m., “officers were dispatched to a family disturbance at a residence in Northwest Las Vegas,” a public information officer for the Las Vegas Metropolitan Police Department confirmed to PEOPLE at the time.

PEOPLE confirmed on Nov. 12 that the reality star had been released from the Clark County Detention Center. She did not face charges because the district attorney rejected the case, according to E! News.

In December, Johnson admitted he had “made mistakes” after Dos Santos Lima accused him of cheating.

“Yes, I have received massive amounts of attention from fans, especially women,” he said. “These things mixed with a relationship that has its problems makes for a dangerous scenario. I crossed the line between fan and fandom. The reality sometimes is lost and this is something I have to handle in private.”

“I am taking the responsibility for the things I did and for the people that suffered,” he added.

If you or someone you know has been a victim of domestic violence, call the National Domestic Violence hotline at 1-800-799-7233. 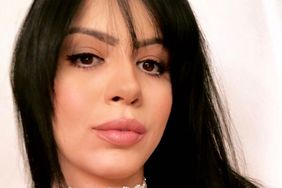 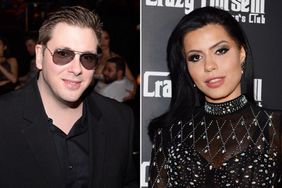 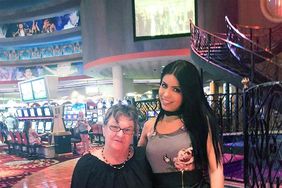 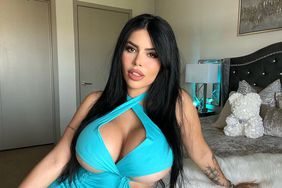