The unnamed suspect, a sixth-grade girl, has since been placed in custody, officials say

A sixth-grade girl allegedly opened fire inside her Idaho middle school on Thursday morning, injuring three people before she was disarmed by a teacher.

Authorities responded to Rigby Middle School in Rigby, Idaho, around 9:15 a.m. after reports that students and staff had heard gunfire.

The girl, whom police have not identified, allegedly pulled a handgun from her backpack and fired multiple rounds in the hallway and outside the school, Jefferson County Sheriff Steve Anderson told reporters during a news conference.

A female teacher managed to disarm the student and keep hold of her until authorities arrived.

The girl is now in custody, and investigators are trying to determine the motive for the attack as well as where she got the gun, Anderson said.

Two students and a custodian were shot, but all sustained non-life-threatening injuries and are expected to survive.

The adult victim was released from the hospital Thursday afternoon after being treated, while the two students will be held overnight for their injuries, said Dr. Michael Lemon, trauma medical director at Eastern Idaho Regional Medical Center.

One of the students may need surgery, Lemon told reporters during the news conference.

"This is the worst nightmare a school district could ever face," Jefferson County Superintendent Chad Martin said at the press conference. "We prepare for it, but we're never truly ready for it."

Martin added all county schools will be closed tomorrow, but counselors would be available to students and staff starting Friday morning.

Lucy Long, a student at Rigby Middle School, told the Idaho Falls Post Register that her classroom went under lockdown just after 9 a.m., as soon as the gunshots sounded.

She said she began recording as she comforted her friends, so that authorities would know what happened if the shooter entered her classroom.

"It's real," one of the students is heard saying in the video, according to the Post Register.

As she was being evacuated by police around 10 a.m., there was blood on the floor in the hallway, Lucy told the newspaper.

"I am praying for the lives and safety of those involved in today's tragic events," Idaho Gov. Brad Little wrote on social media following the shooting. "Thank you to our law enforcement agencies and school leaders for their efforts in responding to the incident. I am staying updated on the situation." 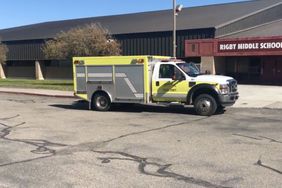 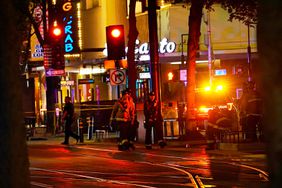