Elliot Rodger, 22, fatally stabbed three friends inside his apartment before killing three others

Five years ago, six University of California, Santa Barbara students lost their lives. They were killed by a 22-year-old man, Elliot Rodger, who fatally stabbed three friends — including his two roommates — inside his apartment before going on a shooting spree, killing three more.

Since the shooting, the victims' families have come together to fight for gun control.

"Their deaths have shattered our lives," relatives of Cooper, Michaels-Martinez and Weiss wrote in a letter to state lawmakers in 2014. "Veronika, Katie, and Christopher were smart and loving young adults and we miss them everyday."

The victims, as seen below, included an aspiring lawyer, two sorority sisters and three best friends.

Despite only being a freshman, Veronika Weiss made a lasting impression on her friends in her first year at UCSB. Remembered as "sweet and friendly," Weiss was a member of the Delta Delta Delta sorority.

A tomboy at heart, Weiss grew up loving sports. In high school she joined the cross-country team, swimming team and water polo team, all while earning straight As, her father, Bob Weiss, told the Los Angeles Times.

"She was a kind-hearted person," friend Effie Sklavenitis, who attended high school with Weiss, told PEOPLE at the time. "I'm just in shock. This was just a senseless tragedy by a horrible monster."

Cooper grew up in Chino Hills, where former teachers said she was smart and unforgettable.

"She was one of 2,500 students I've taught over the years, but Katie was a standout," one high school teacher told the Times.

Cooper was studying art history and archeology when she died.

For Christopher Martinez, graduating from UCSB was not the end of his academic career. The California native, who was studying English, planned on not only graduating in three years with a high GPA but also attending law school, NBC News reported.

"Chris was a really great kid," his father, Richard Martinez, said at the time of his son's death. "Ask anyone who knew him. His death has left our family lost and broken."

"Why did Chris die?" Martinez said. "They talk about gun rights. What about Chris's right to live? When will this insanity stop? When will enough people say 'Stop this madness, we don't have to live like this?'"

Before he was fatally stabbed to death, Weihan Wang told his parents he wanted to move out of the apartment he, Rodger and Hong shared for the next school year, according to NBC News.

Wang was best friends with victims Cheng Yuan Hong and George Chen but didn't get along with Rodger, his parents said.

At UCSB, Wang studied computer programming. For the summer he'd planned on going home to the Bay Area to spend time with his family, as well as visiting Yellowstone National Park and celebrating his 21st birthday in July.

"What can I do without my son?" Jane Liu said of her only child, the Los Angeles Times reported. "My son, my whole life, I'm so proud of him."

Cheng Yuan Hong was always nice to his fellow classmates and computer programmers.

"He was just a really smart guy," one student who worked with Hong at a 24-hour programming marathon told the Los Angeles Times. "He gave us tips and we just kind of talked."

Hong, who was originally from Taipei and graduated from high school in San Jose, lived with Rodger and was one of the three men stabbed in their apartment.

"He was the kindest kid, so generous, so giving, always willing to help people out," one student from his former high school told ABC7.

When he wasn't with friends Hong or Wang, George Chen could be found giving back to the community. At college, Chen volunteered with the Buddhist-based organization Tzu Chi and sometimes helped elderly neighbors get their mail or take out their trash, the Los Angeles Times reports.

"He was always very sweet and helpful," his mother, Kelly Wang, told the paper. "He had always been a very smart kid."

At a vigil held for Chen, Wang spoke of how her son's generous nature started early. In high school, she recalled, he would get to school an hour early every day to tutor fellow classmates and one summer volunteered at a computer camp for children.

One woman who ran the camp told the Times, "[He was] so warm-hearted and so gentle." 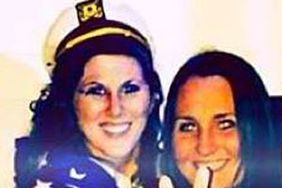 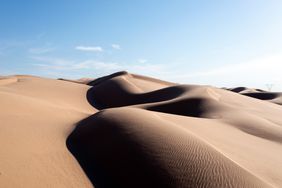 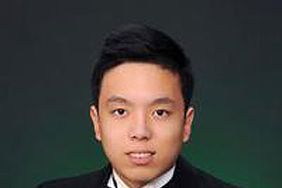 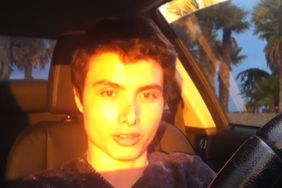