'Precious Angels': 3 Sisters Killed When Suspected Drunk Driver Slams Into Car From Behind

Three sisters were killed, and their dad and his fiancée were injured

Three young Idaho sisters were killed early Saturday when a man who allegedly told police he’d been drinking heavily all afternoon slammed his pickup truck into the small sedan their father was driving, police say.

The dad was behind the wheel of a Dodge Neon, which was stopped at a temporary traffic signal on Highway 20, south of Bellevue, when the car was hit by a 1995 Dodge Ram pickup truck on Saturday at about 1:19 a.m., the Blaine County Sheriff’s Office says in a statement.

The suspect, Matthew Park, 46, of Fairfield, allegedly plowed into the sedan from behind at a high rate of speed, say police.

Their youngest sister, 3-year-old Drayka Emyka Rayshell, was rushed to the hospital, where she died from her injuries, KTVB reports.

All three children were all strapped into their car seats when their sedan was struck from behind, the sheriff’s office says.

The dad was flown by air ambulance to a hospital with serious injuries and is currently listed in critical condition. His fiancée, who was in the car, was also hospitalized, CBS 2 of Idaho reports.

At the scene, Park allegedly showed signs of intoxication, the sheriff’s office says. He was given field sobriety tests and allegedly provided three breathalyzer samples of .145, .191 and .189, which far exceeds the legal limit in Idaho of .08., a probable cause affidavit obtained by KTVB states.

He was transported to the Blaine County Detention Center where he remains in custody on $400,000 bond.

He has one prior DUI, from Park City, Utah in 2014, the outlet reports.

Park called 911 after the crash, say officials, KTVB reports. He told police he didn’t see the victims’ Dodge until it was too late, the affidavit says.

He did not enter a plea and is scheduled to return to court on Aug. 22. His attorney did not immediately respond to PEOPLE’s request for comment.

The girls’ loved ones are reeling from the devastating loss.

In a heart wrenching post on a GoFundMe page she started, the girls’ aunt, Amanda Lurak, wrote that her brother “broke his neck, his fiancee has a broken arm. His precious angles did not make it.”

“They were there one minute and gone the next…” Lurak wrote. “My heart is broken.”

Her fun-loving nieces “were taken to soon,” she wrote. “Now I’ll have to live without them running at me with open arms screaming ‘Auntie’ and my children will have to grow up without them.” 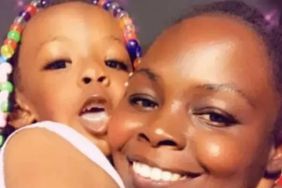