Tyler Rich and Sabina Gadecki Are Married! All the Details from Their 'Festival-Themed' Wedding

The “Leave Her Wild” singer and L.A.’s Finest actress tied the knot in Murfreesboro, Tennessee on Friday in front of 275 guests at Saddle Woods Farm — and PEOPLE has all the exclusive details.

Ahead of their big day, the couple told PEOPLE that they chose their venue — which they called a “big, beautiful property with a gorgeous barn” — in part because of the “kind” owners, Jayne and Gary LeGate.

“They invited us in for dinner with their family during the holidays when we visited the venue,” they said. “We were sold right then and there.”

Inside Tyler Rich and Sabina Gadecki’s Fabulous Festival-Themed Wedding: All the Photos

“We met at a music festival and spend so much of our time together on the road at shows [and] festivals,” Rich, 33, and Gadecki, 35, said. “So we wanted to throw a festival-themed wedding so our guests could take a step into our lives for a night.”

Rich and Gadecki — who hired Sara Fried, owner of Fête Nashville Luxury Weddings, to plan their wedding — put neon signs inside and outside the barn and also had an escort wall for guests to “find their festival friends” with each table being named after a music festival (where they were given custom luggage tags from Sketch & Etch). The couple first met at the Stagecoach country music festival in Indio, California on May 1, 2016 and have been together for almost three-and-a-half years now.

“I was watching the show from the side of the main stage and saw Sabina with her friends down in the pit,” Rich recalled. “So I snuck down and perfectly placed myself right in front of her group with my friend Alex, and we made sure we had such a great time in front of them that she and her friends would wish they were part of our group. Well, it barely worked — we quickly said hello and she left. I had to do the rest of my courting via an Instagram direct message.”

Standing beside the couple on their big day was a bridal party made up of 13 groomsmen and 12 bridesmaids, including three best men and three maids of honor. Ayesha Curry, who attended with her husband Stephen Curry, was in Gadecki’s bridal party.

One of the couple’s closest friends, Ambrosio “Boskie” Lopez, married them. “Nobody knows us better as individuals and as a couple at the same time,” they said.

The couple wrote their own vows, and Rich anticipated there was a “100 percent” chance he’d cry during the special moment.

From Red Robin to Hitting No. 1: What to Know About ‘The Difference’ Singer Tyler Rich

Gadecki wore two different gowns by Israeli designer Galia Lahav for the ceremony and reception, and she described them as the “perfect combination of both sexy and playful.”

“You can see and feel from the details that the dresses were made with a lot of love,” said Gadecki, who calls herself the “most indecisive person known to man” and tried on a lot of dresses before making her decision.

Gadecki also stuck with tradition and incorporated “something old, something new, something borrowed and something blue” in her ensemble.

“I never had the chance to meet my babcia [which means “grandma” in Polish], my mom’s mom,” she said. “Both of my grandparents on my mom’s side died before I was born, but I’ve always felt a strong connection to them. My grandmother was wearing a blue brooch in the hospital before she passed away, and I had the brooch sewn into my dress. My ‘something old’ is my mother’s veil. I took the beautiful lace and tulle and had it turned into our ring bearer’s pillow, a small purse for my day, as well as my garter. And my ‘something borrowed’ is the bracelet Ayesha wore on her wedding day. We have been friends for 10 years and have seen the love of each of our relationships grow. It felt so meaningful to wear something borrowed from a dear friend, whose love I admire. I also wore my mom’s gold wedding band — she and my father have been married for 45 years and their love is inspiring.”

Rich wore a charcoal suit by Italian designer Boglioli, and he completed his look with a Rolex Yacht-Master from Crown & Caliber. Justin Alexander styled all of Rich’s groomsmen, who accessorized with matching black leather watches from MVMT, while Gadecki’s bridesmaids all wore blush bohemian dresses from Jenny Yoo.

Throughout the day, the couple made sure that the music was “perfect for us,” meaning that it was “not your traditional wedding music, but the music you hear when you go see your favorite bands at a festival.”

“We also wanted a raw and true to Nashville element, so we had the amazing Ashley Campbell bring her banjo picking to our cocktail hour,” they said.

At the reception, Rich and Gadecki picked “Yellow” by Coldplay for their first dance as a married couple.

“We first said ‘I love you’ when listening to ‘Yellow,’ and it’s been our song ever since,” they said. “That first dance to ‘Yellow’ in front of everyone we love so much will live forever with us.”

As for the food, the couple went with “food truck-style eating” in an indoor setting. They had a pierogi bar, slider station and “meat and two” station along with a donut wall and cake for dessert. Additionally, they had a cigar bar and flower crown cart to keep with their music festival-theme.

Rich also wanted the alcohol at the wedding to represent them as a couple. Since he was raised in Northern California, Rich had Lagunitas IPA beer and four types of wine from Brasswood Cellars in Napa Valley served at the wedding. Since Gadecki’s entire family is from Poland, they knew the right vodka was a “very important element” and chose to serve Big Machine Vodka. The wedding was many of their guests’ first trip to Nashville, so they also had a true Tennessee whiskey, Clayton James, on deck.

Rich and Gadecki used the site Minted to design all of their menus, table numbers, save the dates, invites, day-of-pieces and thank you cards in one place.

When it came time for speeches, Rich and Gadecki’s best men and maids of honor all walked up and took turns passing around the microphone. Ahead of the reception, Rich anticipated that it would be “the dance party of all parties.”

“Our friends and family couldn’t stay still if they wanted to,” he said. “Sabina’s family is all from Poland and rowdy as they come. You mix that with our crazy friends, and it’s going down.”

Though Rich and Gadecki have been engaged for over two years, they felt like now was finally the perfect time to have their wedding.

“We have both had the craziest couple years, with little time,” Rich — whose song “The Difference” hit No. 21 on the country charts last year — said. “We could never afford it until the past year or so, really. Once both our careers picked up last year, it changed everything and gave us the opportunity to finally plan the wedding we’d always wanted. There are just so many important people in our lives, that we knew it couldn’t be small. So we were waiting until we could have the wedding of our dreams.”

Since their relationship has been long-distance between Los Angeles and Nashville since they met, the couple said they depend on trust to keep them strong.

“We have always trusted each other, and never let any insecurities or fear of anything get in between us,” they said. “We fully support each other’s dreams and 100 percent the person each of us are inside. We embrace that fully.”

As to what he’s most looking forward to about marriage itself, Rich said it’s getting to introduce Gadecki as his “wife.”

“I’m so excited to build a life together from scratch,” he said. “To know that decades from now when there is an entire new generation beneath us, that it all started back in September 2019 when we kissed and said, ‘I do.’ It’s a really beautiful thing.”

Before forever, though, comes the honeymoon, which the couple had to put on hold for a bit now that Gadecki will be busy shooting for the upcoming film False Positive.

“Originally we had plans to go to the Cayman Islands on Monday following the wedding,” Rich said. “The Caribbean is so relaxing, recharging and the break we sure could use right now. But Sabina just booked a new film that starts shooting right away, and we are so excited about it! So, we will try to have a honeymoon in January when our schedules usually slow down. Either to Grand Cayman still, or potentially southeast Asia — it will be January weather-dependent.”

Rich — who previously toured with Dustin Lynch, Sam Hunt, Brett Eldredge, Justin Moore, Cole Swindell, Dan + Shay and Brett Young — has headlining dates across the United States through the end of the year and is opening on select dates with Pardi and Brantley Gilbert. 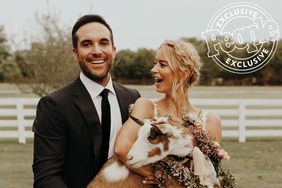 Inside Tyler Rich and Sabina Gadecki's Fabulous Festival-Themed Wedding: All the Photos 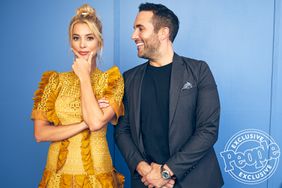 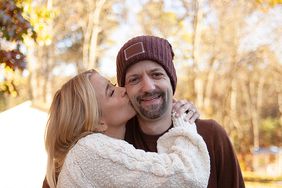 Tyler Rich and Sabina Gadecki on Her Brother's Devastating Cancer Diagnosis: 'It Was So Sudden' 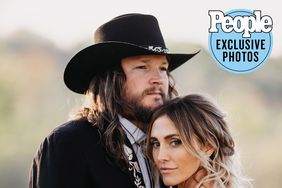 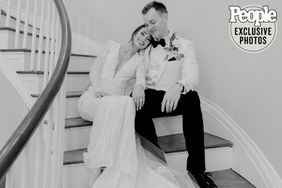 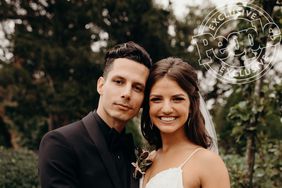 Devin Dawson and Leah Sykes Are Married! All the Details from Their Tennessee Wedding