"I wrote the song for her and about her," he tells PEOPLE of costar wife Lauren

If you’re thinking Thomas Rhett has a little too much chemistry with his costar in his new video for “Die a Happy Man,” it’s all good – that blonde beauty is actually his wife Lauren.

“My wife is one of those people that never wants to be in the spotlight or in videos, but it was inevitable for her to be in this one because I wrote the song for her and about her,” the singer, 25, tells PEOPLE of the romantic ballad he co-wrote with Sean Douglas and Joe Spargur. The tune is the second single off his new album Tangled Up, out Sept. 25.

And if the pair look right at home in the Hawaiian landscape, that’s because it’s familiar turf. “We honeymooned there and ever since, it’s kind of been our spot,” he says of the clip shot on the north shore of Oahu.

The couple filmed the video with director TK McKamy over three days (but wisely arrived four days early, to fit in some vacation time beforehand). “If you’re going to work anywhere, you might as well work on the beach,” he says.

So are he and his wife of three years really that adorable, or was there a little acting involved?

“It’s all fake, but if everyone buys it, we’ll keep on doing it!” says the singer.

He’s just kidding! They really are that in love.

“It really is just us,” he says. “We just hung around and did exactly what we would do if a camera was on us or not, except for the scenes where they’re telling us to kiss underwater – that’s something we don’t typically do!” 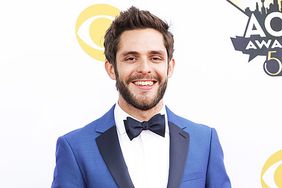 Thomas Rhett Reveals Why He Slept Under a Brad Pitt Poster 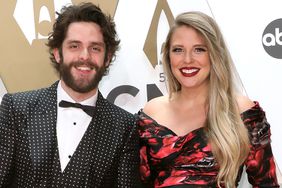