"I learned how to record the vocals right here in my music room at home," she says of making music during the pandemic

Tenille Townes is feeling nostalgic about her childhood.

"It's where the courage comes from," Townes tells PEOPLE. "That's where I can still find the bravest version of myself, in that seven-year-old kid who dreamed about getting to do all of this."

"I feel like I wouldn't be here without her," the 27-year-old adds.

Indeed, it was that 7-year-old, full of joy sorts of kid who spent her days listening to Shania Twain on the radio and spent her nights with a microphone in her hand that now finds herself as one of country music's most beautiful new voices.

"There were all these little signs and arrows along my path that really made that relentless believer in me to never give up," she explains. "I'm super grateful for that."

Townes essentially traveled back to those days and found the needed inspiration to write her current single "Girl Who Didn't Care."

"There is something about that fearless spirit that represents the younger version of ourselves, that just didn't care about what anyone else thought or how far away our crazy dreams might be," she says. "You had no concerns. And I think that kind of courage is something, if we want to, we can continue to carry with us. And I want more of that in my life right now."

Townes is the first to admit that insecurity was something she battled some over the pandemic, as she and her country music counterparts found themselves and their careers floating away before their very eyes.

"I spent a season of my life walking around my neighborhood," recalls Townes. "It felt somewhat therapeutic about putting one foot in front of the other during that crazy time. I started noticing different sidewalk chalk masterpieces and hearing kids laughing in their backyards and there was just something about the sound of that."

"And just the feeling of it definitely made me feel reminiscent of the fact that wonder and that innocence does exist in all of us," she adds.

And it's this premise that became the vision that turned into "Girl Who Didn't Care." Written over Zoom alongside fellow songwriters David Pramik and Steph Jones, Townes found herself growing in ways she couldn't have even envisioned.

"I learned how to record the vocals right here in my music room at home," says Townes, who will get back on the road as part of Brothers Osborne's "We're Not for Everyone Tour" on July 29. "I think this past year has reminded me more so than ever that the song will prevail and find a way to make its way into the world."

But Townes isn't one to act as if it's ever been easy.

"It's so easy to get caught up in what other people think or being nervous about being vulnerable and putting your heart on the line for people to listen to," says Townes. "It's a terrifying thing for me to release a new song, or sometimes it makes me so nervous just to get up on stage and perform."

"But in those moments, something that's definitely helpful for me is to remember how much the seven-year-old kid will be freaking out over the opportunity to even be able to do these things," she adds.

And with every story comes a new chapter, and for Townes, this new chapter is to play her latest project in front of a crowd of listeners.

"These songs feel like they're coming out a little bit more personal," she says. "It's really terrifying and exciting for me to be looking at this new horizon of songs. They all seem to represent a light coming in through cracks."

"And I think this time has helped me to notice what those cracks are in my life and to kind of see them as something beautiful and to know that it's all good," she adds. "The sun feels like a new beginning and the perfect time to introduce yourself again to your inner child. And a good place to start that journey was with this song." 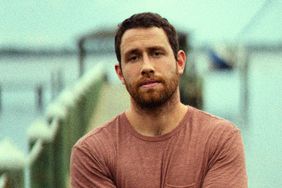 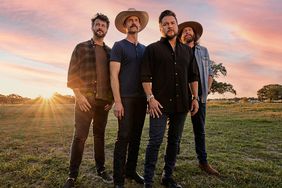 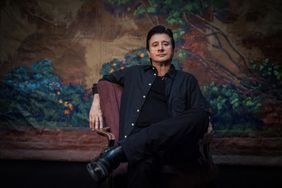