Tanya Tucker and Dennis Quaid have been friends for years, but recent outings together have sparked rumors that the two may be dating.

The longtime pals have been making the rounds at country music events — and Tucker has even been spotted sitting on Quaid’s lap — but their relationship is strictly platonic, sources close to the two insist.

A Tucker source told PEOPLE, “They are not a couple! They are longtime friends and having a blast collaborating and making music together.”

Quaid, 65, and the 60-year-old country singer first met on the set of his 1981 movie The Night the Lights Went Out in Georgia when Tucker recorded a song for the soundtrack. As Quaid pursued acting and Tucker continued her country music career, Tucker told PEOPLE they ended up going decades without seeing each other before reconnecting a few months ago.

Since then, the pair has been spotted attending events together — including the Academy of Country Music Awards and Loretta Lynn’s birthday tribute concert earlier this month, where Tucker was spotted sitting on Quaid’s lap.

Dennis Quaid Sells Mansion for $5.9M After Divorce — and It Looks Like His Parent Trap House

Quaid and Tucker talked to PEOPLE ahead of the ACM Awards on Sunday, sharing that they’ve been working on music together.

“The first time I worked with him, I was 20. Just a few years ago,” Tucker joked. “It was my first movie. We reconnected a few months back, after [almost] 40 years.”

“So now we’ve recorded three of his [songs] — and we’re working on four more,” she added about working with Quaid on his latest music. “Because he’s really a great writer, and he’s a great performer.”

“She’s my angel,” The Intruder star said of his friend, adding that she had helped him with one of his songs. “‘On My Way to Heaven’… she heard it and she loved it and she called me and said she wanted to do it. And then she called me 30 minutes later, she said she got Kris Kristofferson! I’m like, ‘What is this?'”

“And Brandi [Carlile] sang on it too. It’s my favorite song,” Tucker said.

When asked about their afterparty plans, Tucker told PEOPLE, “Wherever he’s going, I’ll be there,” pointing at Quaid. 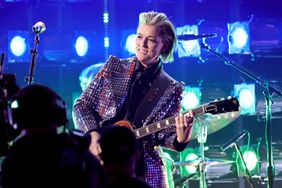 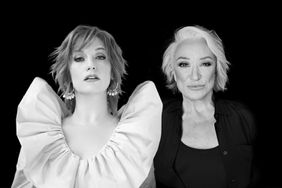