Shania Twain Speaks Out Against Family Violence in New PSA

"Violence, especially in your own home, is never acceptable," says Twain in a video message posted to YouTube

“Sometimes home is where the hurt is,” says the singer in the video for the Royal Canadian Mounted Police’s YouTube channel. “It’s really confusing to be hurt by someone you love. Whether it’s physical, sexual or emotional – abuse is abuse. And it can happen in any family.”

Twain, 49, an avid horse-lover, did the video as repayment for getting to ride into the Calgary Stampede on horseback wearing a full RCMP dress uniform to the delight of fans last July.

In the clip, the Canadian-born singer speaks as images of domestic abuse appear over her shoulder, “Violence, especially in your own home, is never acceptable,” Twain says, and urges viewers never to keep family violence a secret.

According to the RCMP, family violence accounts for 26 percent of police-reported violence crime. 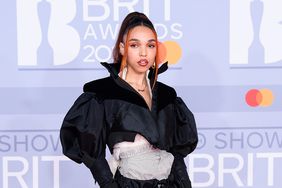