Shania Twain is looking back on a challenging time in her life with an optimistic mindset.

The country singer, who contracted Lyme disease in 2003, recently opened up to Extra about her recovery from the tick-borne illness and how she managed to move forward, despite temporarily losing her voice.

In order to regain her voice from the damaging effects of dysphonia, which she says was caused by her Lyme disease, Twain, 53, underwent multiple invasive surgeries.

Initially, the “That Don’t Impress Me Much” singer struggled after her voice was impacted and she withdrew from the spotlight for over a decade.

How Shania Twain Has Learned to Own Her Pain and Live in the Now: ‘It’s All About Reflecting What I’ve Been Through’

She eventually made her return in 2017, but Twain said it took time for her to embrace the fact that she would not have the same voice as she did before her diagnosis and surgeries.

“When you’re a singer and it’s your voice, it is just a terrible, terrible feeling,” she told the outlet. “It was a great, great loss, so I had to come to terms with losing the voice that I had and rediscovering my new one.”

Although Twain acknowledged that some of the vocal damage is permanent, progressively getting worse, and may require future adjustments, that hasn’t stopped her from viewing her Lyme disease battle with a positive outlook.

“It’s been a long, a really rewarding, journey,” she revealed to Extra. “What I’ve learned in the interim through therapy is how to manipulate my voice to get it to do what I want it to do or at least close enough.”

“I don’t want to give up, so I’m willing, you know, you just gotta be willing and give in to change and you have to accept that you don’t always have to be the same,” she added, “and that’s what I have to do, and I’m embracing that.”

Shania Twain Was ‘Shattered’ by Divorce as She Battled Lyme Disease: ‘I Never Thought I Would Sing Again’

Twain previously opened up to PEOPLE about the toll the illness took on her, both physically and emotionally, in 2017 — the same year she returned to the music scene with her album Now.

“I was very scared for a little while that I wouldn’t sing again, ever,” she revealed that July. “I went through that moment, but I found a way. I found a way to do it.”

The country singer explained that using her new voice required lengthy warmups and physical therapy that she described as “very, very difficult.”

In an interview with 60 Minutes Australia, she also said that her divorce from Robert “Mutt” Lange left her “broken” as she fought for her health.

“I was shattered,” she told the outlet. “How many more traumatic moments can I take?’ she said. “I wasn’t just broken, I was shattered.”

However, the singer has fought her way back and has just announced a Las Vegas residency at Zappos Theater at Planet Hollywood Resort & Casino — her second stint headlining in Sin City.

Twain shared the exciting news on Monday, revealing that her second go-round will be called Let’s Go! and is scheduled to kick off Friday, Dec. 6 and stretch through June 2020.

Tickets will go for $60 each, with $1 of each ticket sold benefiting Shania Kids Can, a foundation launched by the singer in 2010 to promote positive change in children’s lives in times of crises and economic hardship.

The Queen of Country Pop previously headlined Still the One on the Strip, which kicked off in December 2012 at Caesars Palace and marked her return to the stage for the first time in eight years.

The show ran for more than 100 performances before ending in December 2014. 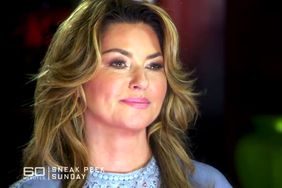 Shania Twain Was 'Shattered' by Divorce as She Battled Lyme Disease: 'I Never Thought I Would Sing Again'