"Historical records are meant to be made and then broken," Shania Twain wrote in celebration of Taylor Swift, who dethroned her on the Billboard Country Albums Chart

Shania Twain is passing the baton to Taylor Swift.

The country superstar, 56, congratulated Swift, 32, on dethroning her as the female artist with the most weeks at No. 1 on the Billboard Country Albums Chart. Swift's albums have achieved a total of 99 weeks in the top spot, surpassing Twain's 97-week record.

"Let's Go Girls!!!! Proud of you @taylorswift13. Historical records are meant to be made and then broken. The baton is meant to be passed on to new generations. Unstoppable young female country artists are [fire emoji] in spite of the hurdles," she wrote, adding the hashtag, "#trailblazers."

Swift returned to the top of the Country Albums chart twice in 2021 with her re-recorded albums Fearless (Taylor's Version) and Red (Taylor's Version), which spent three and seven weeks at No. 1, respectively.

While she is now the female artist with the most weeks at No. 1, Garth Brooks holds the all-time record of 169 weeks, which is followed by Alabama with 125 and Willie Nelson with 106.

Swift has long praised Twain as one of her musical influences, most recently giving her a shoutout in a TikTok video celebrating country girls going pop. Twain even got in on the trend, saluting Dolly Parton in her own post. "Thank you @taylorswift I appreciate you! Paying this one forward to another trailblazer," she wrote.

"I have ceased to be a person anymore I have exploded into a cloud of confetti hearts," Swift wrote in response, sharing a TikTok duet of her reaction.

Twain previously raved about Swift's transition from country to pop with her fifth studio album 1989. "I think that everybody should just follow their heart and do their artistic best, and just enjoy their creativity," she told ET Canada in 2014.

RELATED VIDEO: Dionne Warwick Seemingly Tells Jake Gyllenhaal to Return Taylor Swift's Scarf: 'It Does Not Belong to You'

"[Taylor]'s a singer-songwriter-performer, she does it all … the world is her oyster," Twain added. "She's young and she needs to just do whatever she's having fun at and I think everybody's loving it."

Parton, 75, also sang Swift's praises to PEOPLE in 2015. "I think that little Taylor Swift has just done amazing," she said. "She knew exactly who she was, she had her dream, and she stuck with it. That's what you gotta do. I'm just so proud of her." 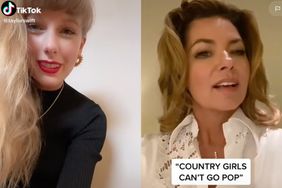 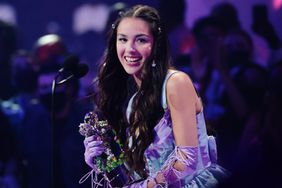 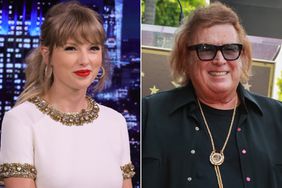