Rosanne Cash on Dad Johnny's Affair with June Carter: 'It Seemed Inevitable, Though It Was So Painful'

In this week's issue of PEOPLE, Rosanne Cash opens up about life with her father, Johnny Cash

Rosanne Cash is opening up about the highs and lows of growing up with her superstar father, Johnny Cash.

In this week’s issue of PEOPLE, the singer-songwriter — who appears in Ken Burns’ upcoming 16-hour docu-series, Country Music, to discuss her dad, his legacy and how she found her own voice — remembers the toll her father’s meteoric rise to fame in the 1950s and ’60s took on their family life.

“My childhood was chaotic, number one,” Rosanne, 64, tells PEOPLE. “I understood from a really young age that [my dad] was an artist and that his mind worked differently. And … that scared my mother.”

Rosanne grew up mostly in Southern California, where her mother Vivian Liberto and father moved from Memphis with their growing family in 1958. Two years earlier, Johnny had written his hit “I Walk the Line” about Liberto’s fears that he would stray on the road. (Liberto’s suspicions later came to fruition when Johnny struck up an affair with fellow country star June Carter.)

“He wrote, ‘I’m gonna stay true,’” Rosanne says in Burns’ docu-series, which she also served as a consultant on. “Of course that wasn’t true.”

Though Rosanne, the eldest of four daughters, remembers Johnny as “the sweetest dad,” there was tension in their household as Johnny struggled with addiction — which began, Rosanne says, as a way to cope with the exhaustion of life on the road.

Suspecting Johnny’s affair with Carter, who was part of his touring ensemble, Liberto filed for divorce in 1966. Two years later, Johnny married Carter after he got clean.

Despite the circumstances of how Carter’s relationship began with Johnny, Rosanne says she felt no resentment towards her new step-mother.

“It seemed inevitable, though it was so painful for my mom,” she says. “I had two really good examples from women in my life. My mom gave me this powerful sense of discipline, family, mothering and detail orientation. And June gave me this sense of expansiveness and how to live life as a performer.”

Performing ultimately became Rosanne’s path, though she initially only wanted to write.

“I didn’t think I could sing,” she says. “And I grew up thinking becoming famous was about the worst thing you could do. You went on the road, you started doing drugs and got divorced and didn’t see your kids and everything fell apart.”

Despite some lingering resentments about her father’s absences during her childhood, Rosanne says in the docu-series that they were healed after her father asked her to join him on stage one night to sing “I Still Miss Someone.”

“He worked out all his problems onstage, and that happened with me that night with him,” she says. “It just all got fixed.”

Rosanne now lives in Manhattan with her husband of 24 years, John Leventhal, 66, and their son, Jake, 20 (she also shares daughters Hannah, 43, Caitlin, 39, Chelsea, 37, and Carrie, 30, with ex-husband Rodney Crowell). She records and performs regularly, having won three Grammys for her 2015 album The River & the Thread, and has recently put together a show dedicated to her dad’s songs with guitarist Ry Cooder (next up: Carnegie Hall in November).

“I asked Ry what we should do, and he said, ‘Well the only show to do is Johnny,’ ” she says of her father, who died in 2003 from respiratory problems connected to diabetes at the age of 71. “I said, ‘Ry, I have been avoiding that for 40 years!’ But it’s been life-changing.”

Sheryl Crow Teams with Johnny Cash’s Voice for a Soul-Stirring Duet: ‘The Song Has Found Its Moment’

Fans can hear selections from Johnny’s catalog right now on the Ken Burns Country Music Enhanced Playlist Experience on Spotify, which was launched in partnership with Burns as a way to celebrate Country Music ahead of its premiere on PBS on Sept. 15. The playlist includes 48 songs from Country Music’s soundtrack along with outtakes from the film’s interviews with artists such as Jack White, Dolly Parton, and Dwight Yoakam, who each share their favorite country song of all time.

For much more on Rosanne Cash’s life, pick up the latest issue of PEOPLE, on newsstands Friday. 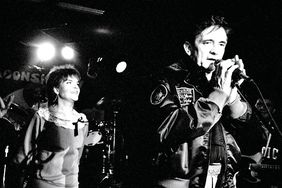 Rosanne Cash Says Dad Johnny Was 'Shaky, Gaunt' and 'Couldn't Connect' When He Used Drugs: 'It Was Like a Door Closed' 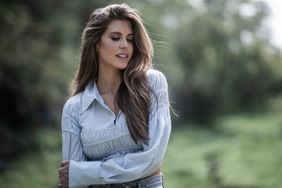 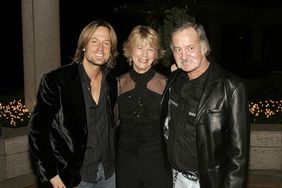 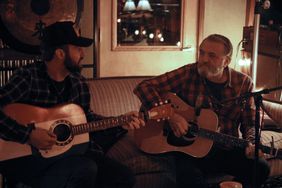 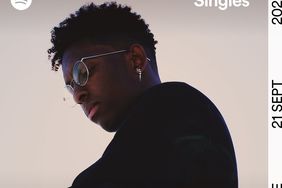 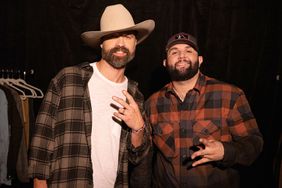 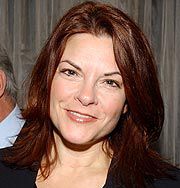