Rory Feek on How He and Joey First Met, Plus More Revelations from the Country Star's New Memoir

Rory Feek came to national prominence as the dedicated husband and musical partner of his late wife, Joey, but in a new memoir the country singer opens up about his imperfect past — including his decision to sleep with his friend’s wife.

This may come as a shock to Joey + Rory fans, especially after the duo won a Grammy for best roots gospel album this past weekend. During the pre-show, Feek gave a tear-filled speech in which he dedicated their first Grammy win to his wife, who died of cancer last March.

Feek shared their love story on his widely read blog, and created moving videos so their daughter, Indiana (who has Down syndrome and turns 3 on Friday), can remember her mother.

“I’d like to think that Joey is proud of how I’m doing – how we’re all doing, especially Indiana,” Feek told PEOPLE last fall. “She took so much pride in the work of being a mama to Indy, and I find myself thinking of her every day, all day long in the time that Indy and I spend together and the things we do, wondering how she would handle this, or do that.”

Now, in his new autobiography, This Life I Live, out Tuesday, he proves that even the most beautiful love stories can have messy beginnings. Here are five surprising revelations from the book:

1. He slept with his friend’s wife — and then they moved in together

Feek writes that as a young Marine he was home on a weekend pass when he and some of his friends went to visit a pal. His friend wasn’t there, but his friend’s wife (and the mother of young boys) entertained the crew. According to Feek, he and the woman were very drunk “and then it happened.”

He writes that the next morning they were sitting at the kitchen table and “she was asking about the future.”

“She told me that we should come clean, that we were in love and should let everybody know it,” Feek writes. “I was still drunk. Exhausted. Reeling from what had happened the night before. It had felt like love … Maybe it was. I looked up and saw my friend’s wife looking at me like she cared about me. I said, ‘Okay, let’s do it.’ ”

In This Life I Live, Feek writes that his friend’s wife and children moved in with him for six months, but “in the end it didn’t work out.”

“She still loved him. My friend,” he writes. “And so with tears streaming down my face, I took her and those little boys to the airport and watched as they boarded a plane to try to go back and resume the life they had. Meanwhile, mine had been wrecked.”

2. He once waited 24 hours to treat an older daughter’s broken leg — because he didn’t have health insurance

Feek has two daughters from a previous relationship, and raised them as a single father before he met Joey. Money was often lacking so they never had insurance. As a result, he writes that “being sick wasn’t allowed because we couldn’t afford it.”

“Seriously,” he adds. “I never said it out loud, but the kids knew that was how we lived.”

So when his daughter Heidi was 5 years old and broke her leg on the playground, he didn’t take her to the ER immediately. Feek writes that he called the “ask-a-nurse hotline.” Because Heidi didn’t have a fever or swelling he assumed she was “probably okay.” He finally took her to the ER the next day and that’s when he saw the X-ray.

“I looked at the fracture, and tears poured down my face,” Feek remembers. “Partly because I realized how much pain Heidi had been in for the last twenty-four hours and partly because I hated living that way. Hated that I couldn’t provide better for them.”

Later, he managed to “skip out on the [hospital] bill.”

WATCH:Rory Feek Explains The Joy of Rewatching Home Movies of his Wife Joey

3. Feek gave his sister money to open a store — but he’s the one who ended up with something precious

The country singer also opened up about his generosity — and how his good deed was paid back exponentially.

Feek writes that he decided to give his sister Marcy, who had her first child when she was 15, money to open her own store: “I knew no one had ever done anything like that for her. She couldn’t stop crying. I held her as her tears ran down my shirt. It was so, so beautiful.”

While the store wasn’t a huge success, Feek writes that “something even more beautiful came out of it. Joey.”

“I think it happened because I wasn’t worrying about my dreams or my girls or finding someone,” Feek adds. “I was giving. Instead of taking. For the first time, really.”

4. Both Joey and Rory were dating other people when they first met

“[Joey] told me she was dating a wonderful guy, up in Indiana, and that they’d been together for a year and a half and she was probably going to marry him,” Feek remembers Joey (née Martin) telling him on the phone. “But she wanted to tell me that if things were different, if the timing were better, maybe she and I would be together.”

The presence of other people didn’t stop them from having their first “date” at a truck stop. Rory and Joey continued talking sporadically until Valentine’s Day arrived. According to This Life I Live, Joey called Rory to tell him she had split with her boyfriend and asked Feek to meet her.

“I hung up the phone and called the girl I was dating and told her it was over,” writes Feek. “God had just moved a mountain, right in front of me. And I was going to see what was on the other side.”

5. Joey initially did not want children

According to Feek, Joey disliked babies so much that “in the first ten years we were married, [Joey] wouldn’t pick up or hold a baby, even if it was one of her sisters’ children.”

So, when Joey married Rory she made it clear there would be no children. But then, 10 years after they first said their wedding vows, Joey changed her mind.

“[Joey] said she was ready to give God everything. Even the part that scared her the most. Getting pregnant and having a baby,” writes Feek.

When he asked her if she really wanted a baby, she replied, “No … but even more than that, I want what God wants.”

Though they struggled with a traumatic birth and the news that their daughter had Down syndrome, Joey soon wanted more children. While Joey’s cancer diagnosis prevented that from happening, Feek writes that it was their daughter who inspired Joey to fight for as long as she did.

The November before her death, Feek remembers Joey saying, “I think I’ll be here to see Indiana’s birthday in February.”

Neither her husband nor her family believed her, but to their surprise Joey did live long enough to see Indy “blow out her little ‘2’ candle and rub a paleo cupcake all over her face, laughing and grinning ear to ear,” writes Feek.

Rory Feek to Remember Late Wife Joey in Upcoming Memoir: 'She Changed Everything in My Life' 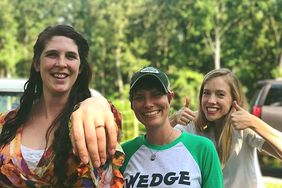 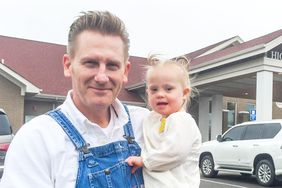 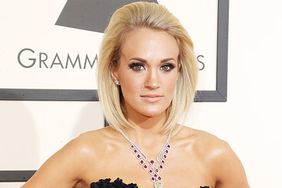 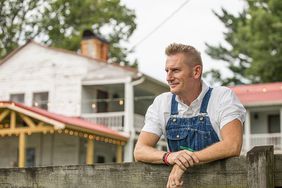 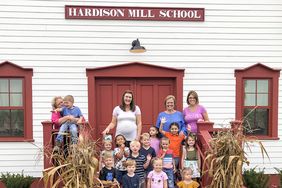 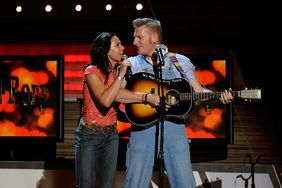 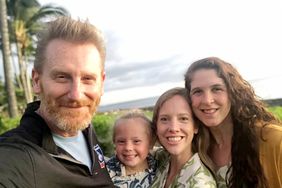 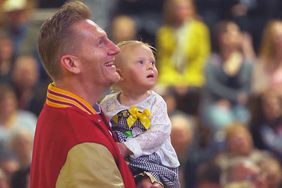 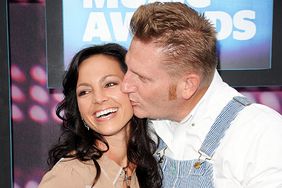 Rory Feek Shares Heartbreak Over Wife Joey's Death: 'I Sleep on Her Side of the Bed Now'