"When people realize that he's got something for me too, then they tend to accept a lot of the other things," Nelly told PEOPLE at the iHeartRadio Music Festival in Las Vegas on Saturday

Nelly has put the country back in Country Grammar.

Despite being hugely popular in hip-hop for decades, country music fans have long held a bit of a soft spot for the artist, especially thanks to Over and Over, which he released with Tim McGraw in 2004. Now, 17 years after that breakthrough moment, Nelly is again dipping his toe into the twang, having recently released a country-inspired album.

"It's been on your mind for a minute," he told PEOPLE at the iHeartRadio Music Festival in Las Vegas on Saturday of his decision to release his country-influenced album, Heartland. "The country world has been showing me support since Country Grammar, even before Over and Over. We were getting booked at like rodeos and festivals and fairs."

Being a diverse artist works for Nelly, and changing up genres and scenery is old hat.

The country world continues to show love to Nelly, as Heartland debuted at No. 7 on the Top Country Albums chart when it came out last month.

"I was patient with it. I've been trying to make sure that I get it right," he said of recording the album, which was done in Nashville. "I feel fortunate that my fans have allowed me to come to a moment like this by supporting all of my music up to this point and allowing me to be, you know, very, very diverse with all of my stuff. Hopefully we got it right."

Nelly gave fans in Las Vegas a taste of the album at the music festival, even performing with Florida Georgia Line, who appear on Heartland (Nelly famously collaborated with the country duo for their breakout hit "Cruise" in 2012, too). The EP also includes collaborations with Kane Brown, Blanco Brown, and Darius Rucker.

While a hip-hop-to-country shift may seem like a harsh transition, Nelly sees the two genres as a perfect blend, and he hopes his new album can be that middle ground.

"You know, everybody just likes to know that there's something for them in an album," he explained. "When people realize that he's got something for me too, then they tend to accept a lot of the other things that they probably didn't think they would." 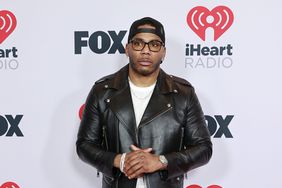 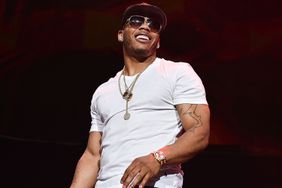