The wedding on a friend's farm featured several special touches, including an altar built with the help of family

Mitchell Tenpenny and Meghan Patrick are officially Mr. and Mrs. Tenpenny, thanks to a wedding ceremony that featured several nods to those who tied the knot before them.

Tenpenny, 33, and Patrick, 35, who got engaged last November at the Nashville bar where they first met, went into wedding day on Sunday, Oct. 23 looking forward to seeing each other in wedding attire and saying their vows, they told PEOPLE exclusively. Both aspects of their special day went as planned, and now they can celebrate what they say they look forward to most in marriage: "Getting to call each other husband and wife."

"Trust, respect, [and] never stop flirting or dating each other [keep our relationship strong]," they told PEOPLE ahead of their Goodlettsville, Tennessee wedding on a friend's farm. "Fight for each other, not with each other."

With the way the wedding was arranged, the newlyweds clearly have worked to make it the perfect day, too. The ceremony, coordinated by Kelsey Rae Designs, was full of heartfelt familial touches, from an altar that Patrick built with her father, to a horseshoe made by her dad's foundry sitting above their heads for good luck, to a cake topper straight from her grandparents' wedding.

The couple was married by a longtime family friend: "Truth About You" singer Tenpenny's high school football coach, Scott Tillman.

"We knew we could have our dreams and our relationship work together — we are each other's best friend," Patrick, who wore a Rue De Seine dress and custom Lucchese snakeskin boots, told PEOPLE.

The rest of the wedding looks included the groomsmen's hats and bridesmaids' boots, provided by Boot Barn. The groomsmen (and Patrick's two bridesmen!)'s boutonnières were made using feathers from birds that the Canadian country star harvested herself.

For food, the couple opted for Martin's BBQ, with a dessert including vanilla bourbon wedding cake with cream cheese frosting. Happenstance Whiskey, a woman-owned company in Nashville, provided whiskey for their custom cocktails by Cocktail & Key. The couple's cake was made by Baked in Nashville.

While the wedding was executed as planned, the duo's engagement was a little more off-the-cuff. Last year, Tenpenny — who just released his new LP This Is The Heavy — told PEOPLE that he had a "whole speech planned" for his proposal, but that it "disappeared" on him in the moment. "She was crying, I was crying. All I wanted was to hear her say yes!"

"I also thought there would be all these things I would have said," Patrick said. "And all I could get out was 'Yes!' Then we both awkwardly stumbled around trying to get the ring on my finger."

Before the engagement at Losers Bar & Grill in Nashville came the release of Tenpenny's song "The Way You Are," which he wrote with his wedding in mind for his EP The Low Light Sessions.

"I was thinking about her upstairs watching movies," Tenpenny told PEOPLE, remembering the day he wrote it. "I'm like, 'Man, I'm living with this person for the rest of my life, and I don't want her to change a thing." 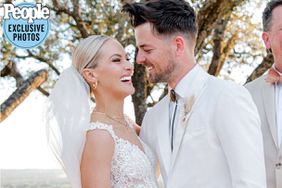 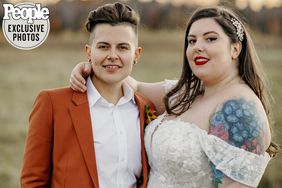 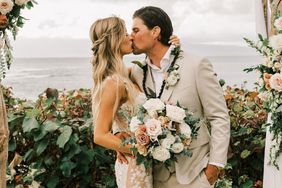 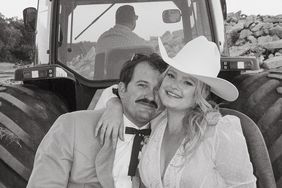 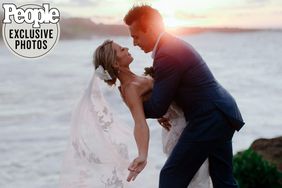 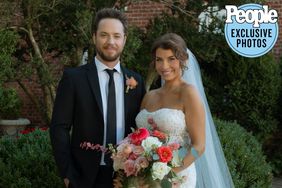 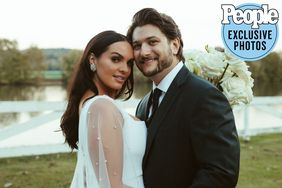 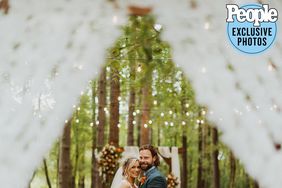 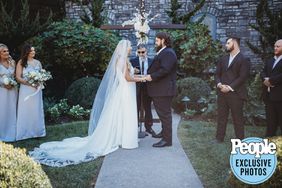 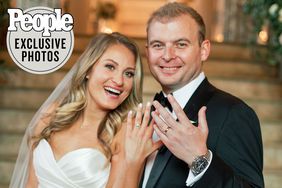 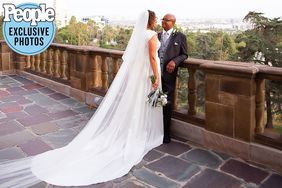