Miranda Lambert‘s new relationship with Evan Felker wasn’t revealed until last week, but the country star has seemingly been hinting at the romance for months.

According to a source, the “Tin Man” singer, 34, has made several veiled references about the Turnpike Troubadours frontman on her Instagram account since February. Reps for Felker and Lambert did not respond to PEOPLE’s requests for comment.

Multiple sources confirm to PEOPLE the couple’s relationship took off after Felker opened with his band for three dates on Lambert’s Livin’ Like Hippies tour in early February.

And on Feb. 7, Lambert — whose split from boyfriend Anderson East was revealed in early April — posted a photo of herself smiling in front of a mirror with the words “I do this thing called whatever I want.”

Then in March, Lambert posted a photo from a writing session that included graphing paper and two cans of beer, including Modelo beer. The source tells PEOPLE Felker, 34, is known to write with that specific type of paper and his drink of choice is Modelo beer.

According to the source, Felker blindsided his estranged wife Staci Nelson, 33, with his sudden divorce filing in mid-February — 15 days after he met Lambert in person for the first time.

Lambert and Felker reportedly connected via text message in January ahead of the tour. “They had never met and she had started texting him about looking forward to playing together and getting to know each other and maybe they could write because she really liked his writing sort of thing,” says the source. “It started very much about work. He was completely thrilled. By the time he was leaving for tour, it had become a lot flirtier.”

During their one-and-a-half-year marriage, Felker and his wife were like “best friends,” says the source, and he was open with her about his texts with Lambert before heading out on the road.

“He knew it was flirty and crossed a line with Staci. He showed her the whole thing and felt bad about it. It wasn’t sexual or anything, but he was like, ‘I don’t want to blow her off because this is the kind of money that can change our grandkids’ lives if I’m able to write with this person,’” adds the source.

When the tour ended, Felker allegedly skipped his flight home to Oklahoma — where Nelson and Felker lived as newlyweds — and continued traveling with Lambert, telling his wife via email, “I’m not coming home this week,” according to the source.

After “full-on ghosting his wife,” says the source, Felker eventually called Nelson in late March and “laid it all on the table, like, ‘Surprise!’” the source tells PEOPLE.

In the midst of the drama, Nelson alluded to the cheating allegations in a “public service announcement” posted to her Instagram Story on Thursday. “PSA: If Staci Felker can make it through this week, so can you,” Nelson, who continues to use Evan’s last name on social media, captioned a teary-eyed picture of herself. 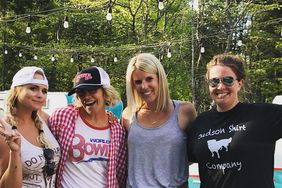 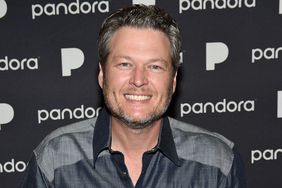 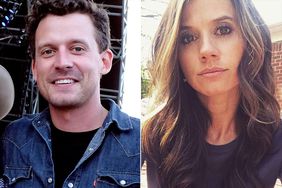 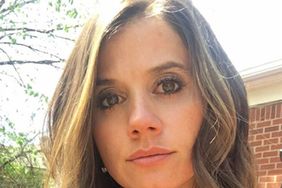