Their romance has been a whirlwind, but friends aren’t surprised by Miranda Lambert and Brendan McLoughlin’s speedy walk down the aisle.

“If you know Miranda’s dad and his background, you can guess why she’d easily connect with Brendan,” a friend of the star tells PEOPLE exclusively.

Indeed, Lambert’s father Rick has plenty in common with McLoughlin, 27, who is a police officer with the New York Police Department.

Though business stalled around Lambert’s sixth birthday, her parents got called upon by Paula Jones’ lawyers to investigate former president Bill Clinton on her sexual harassment claims. (Clinton and Jones eventually settled out of court.)

“It was really dangerous, and yet my mom would spend the day taking pictures of somebody cheating — it could have been the president — and then we’d come home and she’d have cookies and milk,” Lambert, 35, previously told Rolling Stone about her unconventional upbringing.

A source previously confirmed to PEOPLE the newlyweds first met on Nov. 2 when Lambert appeared with her Pistol Annies’ bandmates Ashley Monroe and Angaleena Presley on that day’s episode of Good Morning America. The NYPD also confirmed McLoughlin is currently assigned to the South Midtown Precinct, which includes the area where Lambert performed on the day she met her future husband.

Later that night, Lambert performed with the Pistol Annies at a concert in N.Y.C.’s The Town Hall, which is located just one block away from where GMA tapes.

McLoughlin, who’s been with the NYPD since 2013, has been known to work crowd control following concerts in the area.

Last March, McLoughlin was praised for his work as a member of the New York Police Department.

The official Twitter account for the NYPD’s Midtown South Precinct applauded the 27-year-old officer for apprehending a “perpetrator in a bank robbery in progress.”

RELATED VIDEO: Miranda Lambert Thanks Fans for ‘Sharing My Broken Heart with Me’ as She Wins ACM Song of the Year

“This week these fine officers showed what we do best in #Midtown,” the tweet read, alongside a picture of McLoughlin smiling while in uniform. “PO McLoughlin apprehended perpetrator in a bank robbery in progress & PO Donato had a pick up arrest of a truck burglary closing out several open complaints. Job well done guys!! #ItsWhatWeDo #NYPDprotecting.”

Commenting on McLoughlin’s good looks, one Twitter user who said she had recently seen the officer on the job wrote, “if he’s single tell him to contact me LOL.”

Lambert first revealed her new relationship via Instagram on Saturday, when she told fans that the pair had recently married in a secret wedding, which a source tells PEOPLE occurred on Jan. 26.

“In honor of Valentine’s Day I wanted to share some news. I met the love of my life. And we got hitched!” Lambert wrote on Instagram, alongside two sweet photos from their happy day.

“My heart is full. Thank you, Brendan McLoughlin, for loving me for…. me,” she continued, adding a red heart emoji and the sweet hashtag “theone.” 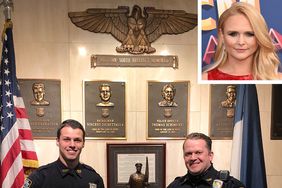 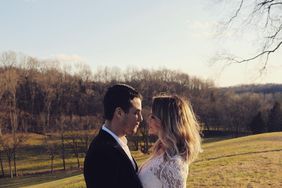 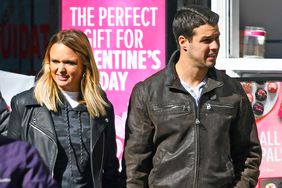 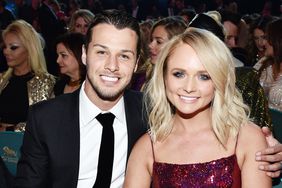 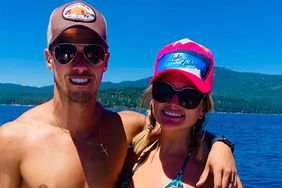 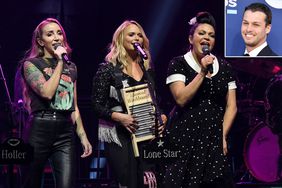 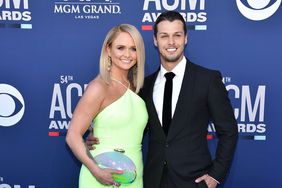 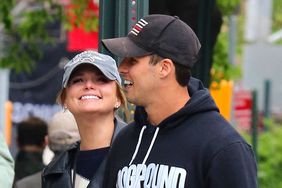