Midland's Mark Wystrach Engaged to Girlfriend Ty Haney: 'I Knew I Was Going to Marry Her'

Mark Wystrach of Midland is far from Mr. Lonely now!

The country singer announced his engagement to girlfriend Ty Haney on Tuesday, sharing a sweet slideshow of photos featuring his bride-to-be showing off her new rock.

“Popped THE QUESTION and @ty_haney had the answer I was lookin’ for !!!❤️💍 🌈 ⚡️ ❤️,” he wrote on Instagram alongside the pictures, which feature Haney cuddling the couple’s two dogs, Juice and Pony, in Boulder, Colorado.

Wystrach tells PEOPLE the special moment was somewhat spontaneous and happened on Monday as the pair were reuniting at her father’s farmhouse after a week apart.

“It kind of was unplanned and just unfolded naturally when we were barefooted and on a walk with our little puppies,” he says. “It was right after a big thunderstorm, and the sun just popped [up] out of nowhere, and I knew it was a sign.”

Vada Jewelry posted an up-close look at the ring Wystrach, 39, chose for his now-fiancée, which features multiple rectangle-shaped diamonds and was custom-designed by the singer.

He and Haney, 31, have been dating since April 2018, with Wystrach celebrating their one-year anniversary on Instagram April 7.

“One year ago today, @ty_haney walked into my life and changed everything,” he wrote. “Love you with all I got my baby.”

The “Burn Out” singer says he met the entrepreneur on a blind date at Bufalina pizza restaurant in Austin, Texas after she messaged him on Instagram saying, “Let’s hang!”

“I knew from the first moment I laid eyes on her that I was going to marry her,” he says.

“Camille is the strongest woman I know,” Carson told PEOPLE at the time. “She wanted to do a home birth and she did it 100 percent natural — I’m still just awestruck by her.”

Midland, meanwhile, continues to see their star rise since they scooped up a Grammy nomination in 2017 for best country duo/group performance for their hit “Drinkin’ Problem.” 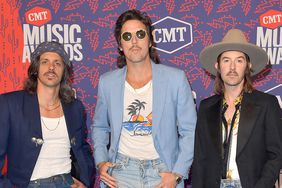 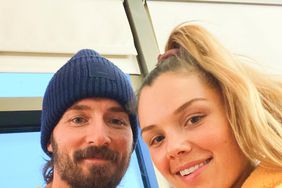