Luke Bryan Falls Off the Stage During Concert in Charlotte

Even the sexiest stars have some not-so-sexy moments.

While in the middle of one of his booty-shaking moves, Bryan, 37, took a step that was just a bit too far forward and fell straight down into the small area separating the crowd from the stage. While his band vamped, the singer was helped up by security guards, and crawled back onto the stage to finish singing his cover of Macklemore and Ryan Lewis’s “Can’t Hold Us” to a deafening cheer from the crowd.

“I know it had to hurt,” wrote YouTube user Caarlyshaay. “Although he continued on and put on the best show EVER!”

After the tumble, Bryan, who fell in February during a concert in Greensboro, North Carolina, told the crowd, “Check this out: the last time I was in North Carolina I busted my ass on stage! What is it about North Carolina that makes me bust my ass? Please YouTube that s–––!” He then launched into a quick a cappella version of his hit “Crash My Party,” making up some funny faux lyrics about his fall.

According to Connecticut’s Eyewitness News 3, Bryan also fell off the stage during a 2013 show in Panama City Beach, Florida, and a 2012 performance in Iowa. (Time to reconsider his setup?)

Though he looked pretty pained, early Friday morning he reached out to fans, writing on Twitter, “I’m good. Few stitches.” And that must be the case: By later Friday morning, his management was ribbing him on social media. Hopefully Friday night’s concert in Bristow, Virginia, is more of Bryan’s kind of night. 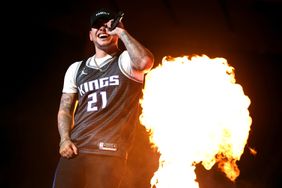 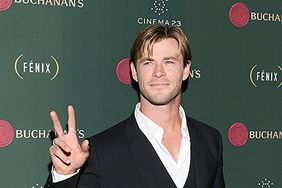