Luke Bryan knows that if it’s not broke, there’s no reason to fix it — but that doesn’t mean he can’t grow.

The 41-year-old crooner opened up to Billboard for their latest cover story about his struggle to blend fan-favorite songs about country life — hunting, boots and girls in “little jeans and white tee” — with deeper topics, especially after the recent backlash to so-called “bro country.”

“When I started singing about stuff like that, a lot of people saw that it worked, so they incorporated it,” he explained. “Then sometimes things get beat to death, and then it’s time to move on.”

Bryan added, “I know that there are more layers to describing the country way of life than a pickup truck and fishing. When I’m in a songwriting session with one of my songwriter buddies who’s going down the back-road path, can I sing a song about hunting and fishing ever again? I have enough intelligence to know I have to move the needle from singing about trucks and back roads and fishing.”

Luke Bryan Jokes He Has the ‘Right Kind of Six Pack’: ‘I Ain’t Gonna Give Up No Cold Beer on a Sunday’

Although the singer says he’s moving past those topics, he’s not ruling them out completely.

“But once you say that, if the right kind of song comes along that you know fans will go apes— over, I have to search myself and ask, ‘Is it OK to do this again?'” he explained.

At the same time, feelgood tracks like 2011’s “Country Girl (Shake It for Me)” have the crowds singing along the loudest — and the American Idol judge is far from ashamed of it.

“When I put that song out, I knew what it was. It was lighthearted fun,” he shared. “If you can’t appreciate the fun of that song, then I’m not your artist.”

Instead, he’s combining trucks and back roads with more meaningful themes like parenting, as evidenced on his song “Pick It Up” from his 2017 album What Makes You Country.

“Eight years ago, I would’ve never dreamed to put a song on my album that talks about fatherhood,” he explained.

Bryan’s happy-go-lucky attitude, translated onto many of his songs, actually stems from tragedy. His brother Chris was killed in a car accident when Chris was just 26, and his sister Kelly died suddenly at age 39. After the sudden death of his brother-in-law in 2014 left his late sister’s three children without parents, Bryan and his wife, Caroline, stepped in to help raise teenage nephew Til and college-aged nieces Kris and Jordan alongside their own two boys, Bo and Tate.

Luke Bryan and Wife Caroline on Taking in His Nieces and Nephew: ‘We Never Thought Twice’

His mother, LeClaire, relies heavily on her surviving son. In his 20s, Bryan even pushed back his plans to move to Nashville and pursue his singing career after Chris’ death.

It’s inspired Bryan to make a concerted effort to keep a positive outlook, knowing too well how precious life is.

“I have a really clear idea on ‘Don’t take a second for granted,'” said Bryan. “You think about it every day. I mean, I don’t go a day where I don’t think about ‘What if my brother and sister were here?’ But you just have to understand, that wasn’t the plan.”

He continued, “I’m a pretty happy person. The loss we’ve dealt with has given me an appreciation of how precious and fragile life is. And yeah, I carry that mentality into my performances, and even into how I deal with people every day. When I meet people, I want them to leave going, ‘That guy doesn’t have a bad day.'” 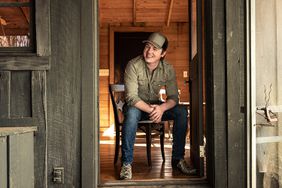 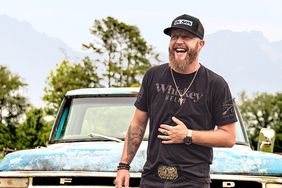 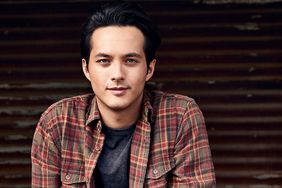