On Her Latest Album, Lori McKenna Writes and Sings Whole New Chapters in Her 'Humble and Kind' Life

Songwriter, recording artist, live performer: In her celebrated career, Lori McKenna has excelled in all three roles. But which one does she most draw her identity from?

It's an easy question for the woman who wrote "Humble and Kind" and "Girl Crush," two of country's most timeless classics. "Songwriter first," says McKenna. "I'll be a hundred years old, and I'll be, like, 'Wait a minute. Write this title down.' I just love it. I just feel so thankful that it's a part of my life. So I would say 80 percent songwriter and probably 10 percent each for singer and performer."

But what if she were to add two more roles — wife and mother — into the mix?

Above all, it's family first for this mom of five who's been married to her high school sweetheart for 32 years. Knowing that explains a lot about McKenna — and a lot about McKenna's singularly warm and genuine music, whether she's writing for herself or for other artists.

Her new album, The Balladeer, is the latest product of that big, homespun heart, and once again, it resounds with hard-won lessons, intimate storytelling and uncomplicated wisdom.

Family was the overarching theme of her previous album, the critically acclaimed The Tree, so she says, she just assumed her next one, her 11th, wouldn't "be so personal." She laughs again — at herself. "They keep getting more and more personal," McKenna, 51, tells PEOPLE. "I just keep figuring out more things about my family and friends."

McKenna takes solo writing credit on seven of the 10 songs, an extraordinary feat if she were to reside in Nashville, the Land of Co-Writes. But McKenna makes her home in Stoughton, Massachusetts, and so a lot of her songwriting occurs during the bits of free time she finds as she goes about her day. Stoughton (population 27,000) is the town where she grew up and the place she's chosen to stay despite the success that's come her way since 2005 — the year Faith Hill covered three of McKenna's songs on an album and turned her from a part-time regional folk artist into a country-songwriting phenom.

Ever since, McKenna has been a long-distance part of the Nashville scene, flying back and forth to network and participate in co-writes, and the pull to move there has been strong. For a time, she and her husband, Gene, a plumber for a utility company, often discussed the idea.

"I would sit down and be like, 'Is this holding me back?'" she says. "'Am I following my craft as well as I can?' But really, at the end of the day, it wouldn't have made any sense for anybody else in my family to move to Nashville but me, and I surely was not gonna let my family suffer for my art."

And in the end, she's come to realize her home life is the secret sauce to her songwriting. "It took me a long time," McKenna says, "to figure that out. Just being in the belly of my family, it's where I'm most grounded anyway. It's been a blessing that I've been able to stay here."

On The Balladeer, that sense of place shows up especially in a song like "This Town is a Woman," which exudes small town ("She knows things about you nobody else knows/ 'cause this town is a woman"), though McKenna says she wrote it thinking of both Stoughton and Nashville.

"I got to that point in the song where I wanted to make sure that maybe this would apply for any town," she says.

The warmth of home fires can also be felt in "Marie," a tribute to her older sister; the self-reflective "Stuck in High School"; and songs of advice for her children, "'Till You're Grown" and "When You're My Age."

The latter two, of course, are new chapters that can be added to "Humble and Kind," the gentle litany of maternal guidance that Tim McGraw turned into a Grammy- and CMA-winning universal anthem.

Of course, McKenna allows, it's questionable whether her four sons and one daughter, ages 16 to 30, actually follow any of her advice. "Maybe it's just in the songs because I know the kids don't really listen to me!" she says with the laugh that's always close by. "But I am at the point now where my kids teach me — and they always have. My kids still teach us more than we teach them. I totally believe that."

"When You're My Age" is one of the album's three co-writes with her "girlfriends" and longtime frequent collaborators, Nashville A-listers Hillary Lindsey and Liz Rose. She brought the song's verses to the two women — together, the three co-wrote Little Big Town's "Girl Crush" and call themselves the "Love Junkies" — and, at first, she was met with resistance.

"No way!" Lindsey said, according to McKenna's recollection. "We're not writing that song. That's another 'Humble and Kind.' Just go and do that by yourself."

But then Rose lit upon the chorus, and Lindsey blurted out the song's memorable hook, "You're still gonna be my baby / even when you're my age," though she immediately declared it "so dumb."

"That's the magic of co-writing," says McKenna. "If you are comfortable enough to say something that you think might be stupid, it might be brilliant, too."

Lindsey and Rose also lent their harmonies to "When You're My Age," as well as collaborated on "Two Birds," a cautionary fiction about adultery, and "Good Fight," a real-life account of battle-tested marriage. The latter is assuredly a love song — just without the hearts and flowers.

"It's hard to rhyme with 'flowers'!" McKenna protests, but of course, that's not the reason she shies away from easy romance.

"I love 'Good Fight' because even in a fight, it's that person you just can't help but want to kill — and love so much," she says. "That one was just a blast to write with Liz and Hillary because I felt like we all would get that one. We all have been there and done that."

McKenna says she knows The Balladeer is "gonna go down as different" from the previous 10 albums, if only because of the timing of its release. Because of the pandemic, this is the first time she won't be touring in support of her new material.

"So those memories of going out with the band and hitting favorite spots over the course of several weekends won't be there," she laments.

Still the self-described "homebody" has found her quarantine life hasn't been much of a hardship, and truth to tell, isn't all that different from what has long constituted her everyday life.

"I've probably been writing even more now than normal," she says, though so far, any lessons from current events have yet to creep into her lyrics.

"I'm never good at it until I can look way back on it," she says. "I just can't get there in the moment. There've been some songs about gratitude and songs about being thankful, so maybe I am sort of realizing I am full of gratitude — and how do you express it in a way that, you know, doesn't sound like a greeting card?"

Of course, McKenna didn't need a coronavirus to teach her about being grateful. She knows well what an improbable career this mostly stay-at-home mom has had.

"Music has changed my family for the better," she says. "We've had so many opportunities because of my career and so many blessings because of it." But, she adds, "I was never gonna give up anything having to do with my family for music. I started off, for so many years, just putting my kids to bed and singing songs in their bedroom until they fell asleep. And I know I could still go back to that and still have something that I love so dearly. I didn't have to make a career out of it. I was just lucky enough that I could."

To celebrate the Friday release of The Balladeer, McKenna will perform a livestream benefit concert at 8 p.m. EDT/7 p.m. CDT Friday from the stage of Club Passim in Cambridge, Massachusetts. Donations will be solicited to help support the club during the pandemic. The show is available to stream at the club's Facebook and YouTube pages. 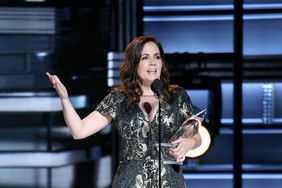 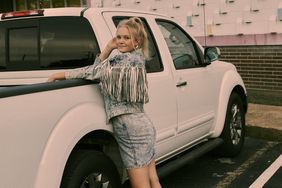 Beating All the Odds, Nashville's Hailey Whitters Is Finally 'Living the Dream' 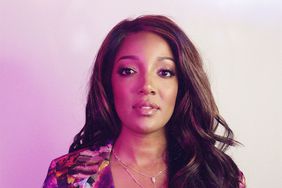 Finding Her Voice, Mickey Guyton Stirs Hearts with 'Black Like Me': 'God Put It on My Heart' 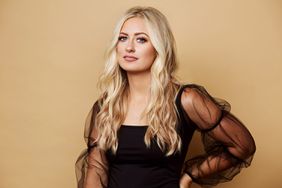 Meet Rachel Wammack: 5 Things to Know About the Singer Who Got Thrown a Curve by Love 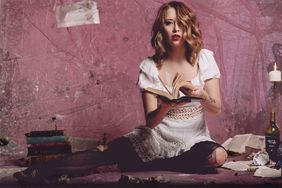 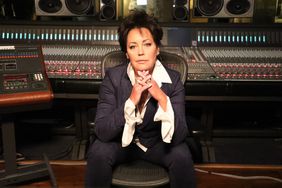 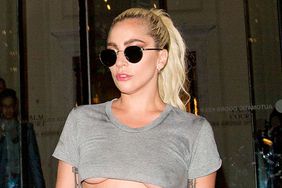 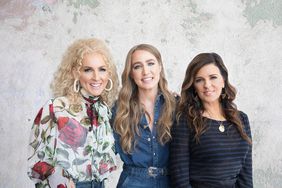 Ingrid Andress on Singing with Idols Karen Fairchild and Kimberly Schlapman: 'I Practiced "Not Fangirling" in the Mirror' 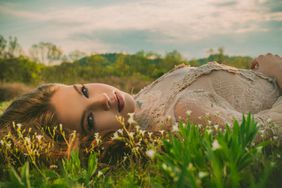 A 'Life-Changing' YouTube Video Put Callista Clark, 17, on a Star Trajectory: 'I Do Have a Lot to Say'