You knew from the get-go that Loretta Lynn wasn’t too keen on her landmark 85th birthday.

“Don’t sing ‘Happy birthday,’ ” the country legend commanded her audience after her first four songs at Nashville’s Ryman Auditorium on Friday. “This ain’t my birthday…. You know I ain’t but 26!”

Lynn paused, perhaps to reassess reality. “Aw,” she declared, “I could work any 26-year-old girl under the table any time.”

The capacity crowd roared, of course. They’d been invited to this indomitable icon’s birthday concert and were determined to throw her a party whether she wanted one or not.

Despite her demand, the audience soon broke into a spontaneous chorus of “Happy Birthday.”

McBride arrived on stage bearing a bouquet of yellow roses and, at Lynn’s insistence, she stuck around to reprise “You Ain’t Woman Enough (To Take My Man),” which appears on McBride’s 2005 album Timeless.

“Beyond honored to be asked to present @lorettalynnofficial with roses and lead the crowd in singing happy birthday to her,” McBride wrote on Instagram afterwards. “THEN she asked me to sing something! We sang Y’ou Ain’t Woman Enough’ and ‘I Saw The Light.’ I absolutely and completely adore her. She is a trailblazer, original, one-of-a-kind living legend. And it blows me away that she calls me her friend.”

The Friday concert was the first of two sellout nights at the historic venue, a testimony not only to Lynn’s enduring star power but also to her intent to be anything but retiring.

Sony Music announced on Thursday that her next album, Wouldn’t It Be Great, will be released in August (her last one, Full Circle, was a 2017 Grammy nominee). Lynn’s touring schedule puts her on stage 28 more times through November.

Granted, she obviously feels her age — most evident in the fact that she now performs her entire show seated. But the country queen took her custom chair like a throne, and her voice still resonates with all its charm.

For over 90 minutes, she dipped into her deep musical library, sparred with her band and bantered with the audience, taking requests – or not taking them. “Naw,” she said more than once, “I don’t like that song.”

Lynn also relished being on the stage of the Ryman, which she still refers to as the “Grand Ole Opry building.” In fact, it was the home of the Opry in 1960, when Lynn made her debut on the radio show.

On Friday night, she declared the Ryman her “favorite place” to perform. She recalled, “The first time I sang here on the Grand Ole Opry I almost had a heart attack. The only thing I remember was patting my foot.”

Her two sisters, platinum album-seller Crystal Gayle and Peggy Sue Wright (who co-wrote “Don’t Come Home A-Drinkin’”), joined Lynn for what turned into a family singalong of gospel music, and the three also got the giggles through an unrehearsed version of “Fist City.”

Shawn Camp, an accomplished Americana artist and frequent Lynn collaborator, served as her warmup act and returned for a duet on a co-write, “I’m Dying for Someone to Live For.”

Lynn invited Camp to stick around to help her out with her final two songs, acknowledging she may have made a few mistakes during the evening – before brushing them off: “Every time I make a mistake, I say, ‘Hey, big deal.’”

Camp rushed in to offer Lynn permission to mess up. “They love you because you’re real,” he told Lynn. “That’s the truth. Everybody loves Loretta Lynn. There’s a bunch of phonies acting like singers, and you ain’t one of them. You’re the real deal.”

Who, on Loretta Lynn’s 85th birthday, could disagree? 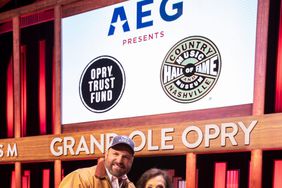 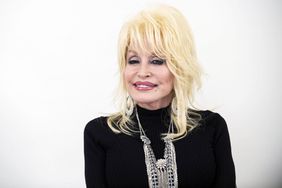