The ebullient actor and singer was joined by country pals — including Brothers Osborne, Jimmie Allen, Cassadee Pope, The War and Treaty and more — to perform songs from his album Company's Comin' on Nov. 30 in Nashville. His new holiday duet, "Little Drummer Boy/Peace on Earth" with Call Me Kat costar Cheyenne Jackson, is available now.

I spent the days leading up to this Ryman show in rehearsal, and boy was it a lot of work. Nobody told me "a singing show" was going to be this much work. The day had finally arrived and I could not believe it. The little boy from Tennessee who had big dreams is going to be standing on the stage of the Mother Church. I took a moment to take it all in. What good is the ride if you don't take a moment to enjoy it?

After my soundcheck, I wanted to tour the Ryman and see every seat in the house. I know what I can see while standing on the stage but I always want to see the view from the cheap seats. Not to mention, I put some of my rowdy friends in those seats so they can't heckle me as easily. I had to take a breather on my way up, up, up….

I was in the holiday mood and decided to buy some tickets from the Ryman box office ... for my own show ... and gift them to tourists on the street. I have been the recipient of others' generosity so I always try to pay it forward. I hope they got their money's worth!

Two nights before the show I had dinner with a legend who I can now call my friend, Billy Strings, and his beautiful friend Ally. Billy and Ally couldn't make my show at the Ryman because they had their own show the same night. I guess I have competition? If you don't know the name Billy Strings please do some research — an amazing talent and wise beyond his years. Back to me ... I walked into my dressing room and was greeted by the most beautiful arrangement of flowers and a note that read, "Good Luck tonight. You're going to be amazing. Love, Billy and Ally."

I couldn't believe the creativity from my friends at Fort Lonesome in Austin, Texas when they dreamt up this design for my suit. I mean, every queen needs a new suit for their first performance at the Ryman. Well, not to be outdone, the folks at Hatch Show Print used the same design and color scheme to make my very own poster.

Here I am resting in my green room before the show. I had to kick everyone out so I could regroup before the show. I am like an aging show pony that they just keep trotting out there. I guess they just need to capture how I spend a lot of my time. (Can I tell you all who knocked on my door minutes later and caused me to jump to my feet? Kelsea Ballerini and Reese Witherspoon. Yep!) I was so moved by the overwhelming support from other artists.

This is a picture! Moments before I took the stage, my dear friends Natalie Hemby, Tommy Prine and his fiancée Savannah came to visit me. No big deal, just one of the best modern-day songwriters (Natalie) and the son (Tommy) of one of the best songwriters of my time, John Prine. Shouldn't I be bowing to them?

Me and Jimmie Allen. Maybe it should be Jimmie Allen and me. Y'all, here I am on stage with the rising star of country music. I think I can still show him a few tricks. Jimmie has so much style and class. I have an instinct where I can tell a good person within minutes of meeting them, and Jimmie Allen is a wonderful man and father.

I am such a show-off, just look at me! The audience was electric and really had me energized. I went to the side of the stage for a minute and my manager said, "Leslie, calm down. You have another 90 minutes to go, so save some energy." Well, I felt like a Rhinestone Cowboy and I just wanted to be out on that stage with the lights shining on me.

One of my heroes and my rock, TJ Osborne from the band Brothers Osborne. The Osborne Family (TJ, John and Lucie, and their sister, Natalie) have adopted me into their Nashville family and made me feel at home. Like anyone, I always want my idols to be everything I imagine them to be. Well, the Osborne family is "all that" and more.

Ladies and Gentleman, The War and Treaty. I will say it again if I need to but I don't think I do. Mike and Tanya Trotter make up The War and Treaty and are two of the finest people I've ever met. They are a gift to everyone who knows them or listens to their music. Run, don't walk to Google them. My prediction: they become a household name.

While listening to The War and Treaty sing with me, I had to take a seat and just take it all in. Two of the most powerful and beautiful voices in music today, their performance received a standing ovation. I teased them after the show that the applause was really for me since I sang the first verse of the song.

Rebecca Lynn Howard, me, Travis Howard and Danny Myrick. In the typical Ryman tradition, we dedicated an acapella performance to the late John Prine. The song was on my album and called "The One Who Hideth Me," where I sing with the great Eddie Vedder. It was a beautiful moment. We love and miss you, John Prine.

The end of a magical and unforgettable night. This was more than a concert, it was a show that reminded everyone in attendance that it is our differences that make us beautiful. There was so much diversity and beauty on that stage and, guess what? There was more than enough room for everyone. I will forever be in debt to my band and the artists who joined me on stage. Thank you to Brittney Spencer, Brothers Osborne, Cassadee Pope, Charlie Worsham, Danny Myrick, Fancy Hagood, Holly Williams, Jimmie Allen, Lucie Silvas, Teddy Swims, The War and Treaty and Travis Howard! 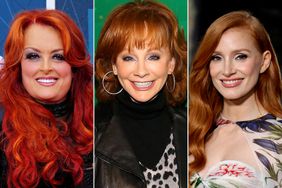 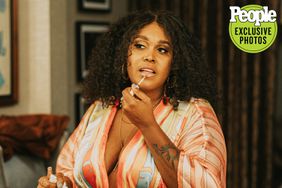 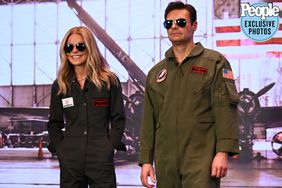 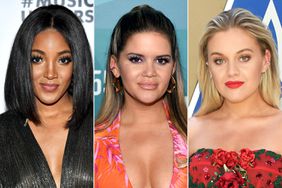 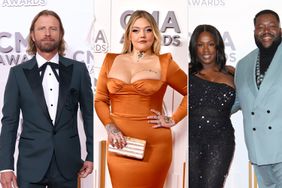