"I live country songs every single day of my life, so thank goodness I decided that was my passion!"

The country-pop singer sat down with PEOPLE Now to discuss how the constant change in her personal life inspired her new record Road Less Traveled — from overcoming her eating disorder to her father’s battle with alcoholism.

“I really feel like this album is my story. [The songs] are all different things that have happened to me over the past few years. I had a lot of things change in my personal life — everything pretty much changed,” Alaina, 22, says, having written over 300 songs for the album, but only picking 12 of them to make the final cut.

“My parents got divorced and they both remarried other people. My dad’s an alcoholic and he went through rehab. I had an eating disorder that I overcame. I had vocal cord surgery,” the Georgia native continues. “I live country songs every single day of my life, so thank goodness I decided that was my passion!”

Alaina battled an eating disorder in her teen years after being crowned runner-up on season 10 of American Idol, when she say a blogger referred to her as “Miss Piggy.” Since overcoming bulimia in 2012 and gaining weight during the following years, she decided to change her health regimen just one year ago, hiring a personal trainer, turning to boxing and switching to a high-protein, high-carb diet using a meal delivery service, she revealed in a recent interview with The Tennessean.

But it was long, nearly career-ending illness she chose to battle alone without the help of family members, until the doctor she had been seeing to treat her severe vocal cord polyps confronted her about the issue and her mother forced her to tell the truth.

“My dad didn’t know that I had an eating disorder. He had no idea, so that was weird,” she says. “I was in an interview and just said it accidentally. I called my dad because I remember thinking, ‘My dad does not know that,’ and he was surprised. I think he understood though. My dad was an alcoholic and he was overcoming his own struggles, so I think I just didn’t want more on his plate for him to have to worry about.”

And aside from sharing her story about becoming body-positive, Alaina says her father’s battle with alcoholism has been an inspiring journey for her, too.

“Watching him really helped me because my dad had an addiction for a really long time — since he was really young — and it was really inspiring for me to see him overcome that,” she says.

Road Less Traveled is available for purchase now, and Alaina will be joining Luke Bryan on his summer Huntin’, Fishin’ and Lovin’ Every Day Tour, which kicks off May 5 in Nashville. 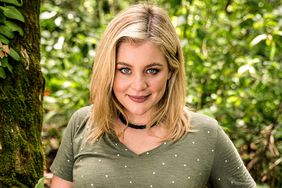 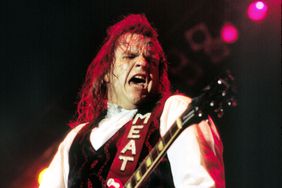 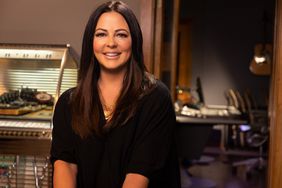 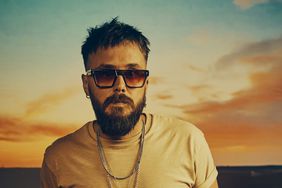