LANCO’s Brandon Lancaster used their romance as the inspiration for the band’s hit song, “Greatest Love Story.” And now, the country frontman and his college sweetheart Tiffany Trotter have tied the knot!

The couple got married in an intimate sunset ceremony outside Nashville, Tennessee on Sunday surrounded by 200 of their closest family and friends, a rep for the singer told PEOPLE in a statement.

Trotter wore a form-fitting, off-the-shoulder white mermaid cut dress with lace details by Maggie Sottero. She accessorized her look with simple silver and diamond bracelets, her blonde hair worn down in beach waves.

Lancaster was all smiles in a custom royal blue three-piece Kenneth Cole suit with a crisp white shirt and matching blue tie. A wildflower boutonnière was pinned to his jacket’s left lapel.

The ceremony was filled with personal touches throughout. Trotter walked down the aisle to Coldplay’s “Til Kingdom Come,” while Brandon stood next to his groomsmen including LANCO bandmates Chandler Baldwin, Jared Hampton, Tripp Howell, and Eric Steedly.

“That was the most surreal moment,” Lancaster told Entertainment Tonight, who were first to report the news of the wedding, about laying eyes on Trotter at the ceremony. “Seeing this beautiful girl who is my best friend, and who is now going to be my wife. It was like everything was moving in slow motion.”

Officiated by hometown parish Justin Walker, who had also served as a teacher’s assistant in the philosophy class where the two first met, the ceremony included Lancaster and Trotter exchanging a mix of traditional and personalized vows.

“It’s cool to be tied to that tradition that so many people have been a part of, but also to step aside and put a personal touch to it and express our feelings,” Lancaster said. “They were personal promises that were based off situations in our lives and things that we’ve experienced.”

FROM PEOPLE TV: ‘It Was a Fairytale’: All the Exclusive Details on Tara Lipinski’s Ultra-Chic Southern Wedding

At the reception, held in a rustic barn at the Mint Springs Farm steps away from the on-site chapel where they said their “I dos,” the newly wed duo had their first dance to Ray LaMontagne’s “Let It Be Me” before the area was rushed for bluegrass square dancing.

“Everybody was on the dance floor all night,” Lancaster explained. “The way the wedding ended, everyone was still on the dance floor. We played John Denver’s “Take Me Home, Country Roads” and everyone got in a huge circle and was swaying.”

Guests dined on catering from The Chef and I and Dulce Desserts and sipped on a custom apple-cider cocktail, “Appely Ever After” (cider, ginger-flavored vodka, a squeeze of lime, ginger beer and cinnamon on top).

The only thing missing was LANCO’s “Greatest Love Story.”

“I played it for Tiffany on an acoustic guitar years ago. That was our moment with the song,” Lancaster said, of why the tune — which is currently in the iTunes Top 10 and has become a stable tune for fans to propose to at concerts — wasn’t played.

“As a songwriter, as a musician, you always dream of your songs being a part of people’s lives,” he added of the tune. “Music is kinda the soundtrack to our life — happy times and sad times, maybe a Friday night anthem — but this one is cool because not only are you now the soundtrack to someone’s life, but you’re part of their story that they’re gonna have forever. It’s been a really special thing.”

On their way out, the two left in a blue 1949 Cadillac, off to celebrate their honeymoon in Mexico.

“We were truly surprised with how perfect the day went,” Trotter said, looking back. “There were little pockets of time that Brandon and I just got to be together, even if we were just waiting to be announced, having little moments that were just us was really special.” 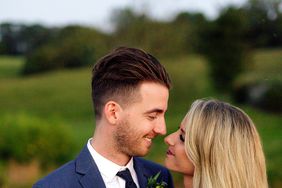 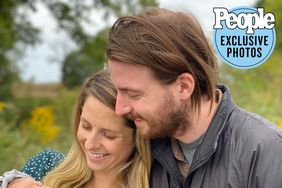