Kylie Rae Harris was killed in a three-vehicle crash, which authorities suspect speed and alcohol were contributing factors in

Kylie Rae Harris‘ mother Betsy Cowan is speaking out about her late daughter who died in a car crash in New Mexico on Wednesday.

The 30-year-old rising country singer was killed in a three-vehicle crash — which also claimed the life of 16-year old Maria Elena Cruz — along a highway in the northern town of Taos. The Taos County Sheriff’s Office told PEOPLE in a statement that Harris, who was traveling south on State Road 522 in a black Chevrolet Equinox, struck a black Chevrolet Avalanche from behind, initially sending her vehicle into the northbound traffic lane. Harris’ vehicle then collided head-on with Cruz’s white 2008 Jeep, which was traveling north on SR 522 at the time.

The impact of the crash was the cause of death for both drivers, who were pronounced dead at the scene, according to authorities who said speed appeared to be a contributing factor in the crash. According to the Associated Press, alcohol is also suspected to have been a factor.

“At this time I will say with most certainty that Miss Cruz was an innocent victim of this senseless crash caused by Ms. Harris,” Taos County Sheriff Jerry Hogrefe said in a statement to TaosNews.com.

Cowan tells PEOPLE that alcohol is “something [Kylie] struggled with on-and-off over the years” but declined to share more details “out of respect to both families.”

Though there won’t be a definitive answer as to whether alcohol played a role in the crash until the toxicology reports are released in a few weeks, Cowan says the “results are the same” to her “regardless of what caused it.”

“If you’ve ever had to take defensive driving, they say sleep deprivation, emotions and alcohol are the top three contributors to most wrecks,” she says. “And so any one of those things could have done it… She had driven 11 or 12 hours that day, and I’m sure that she was exhausted and she was emotionally exhausted. And I think we all know that what that does to you.”

“If you’ve ever had a little kid and they run around the living room in circles trying to keep themselves awake and they look like they’re on steroids — I think that after driving 12 hours and being excited and wanting to stay awake, that that’s the probable frame of mind that she was in at that point,” she continues. “And that’s probably not safe, but we really won’t know the answer for quite some time.”

On Wednesday afternoon, before the fatal crash, Harris posted a series of videos on her Instagram Stories documenting her road trip through New Mexico, where she was scheduled to play at the Big Barn Dance Music Festival in Taos. The videos were particularly eerie as a teary-eyed Harris discussed how all of her family members who lived in Taos, with the exception of her uncle, had died there.

“Alright, I look a mess. It’s because I’ve been crying. It’s a good cry. I just got to Taos, New Mexico,” Harris said in one clip. “But for those of you who don’t know, I spent the last 20 years of my life coming to Taos with my dad and my sister.”

“My grandparents lived here, my uncle still lives here,” Harris continued. “Literally, everybody that was here has passed away, except for my uncle, and including my dad.”

Cowan explains that when Harris’ father was in Taos last, he was visiting his terminally ill mother. After his mother died, Harris’ father also lost his sister-in-law who lived in Taos suddenly 10 days later. This was happening all the while Harris’ father was coughing and having trouble with his own health.

Harris’ father visited the doctor as soon as he returned home from Taos, and that’s when he was diagnosed with stage four lung cancer. Nine months later, he died.

“Kylie’s last remembrances of her dad — before he got sick — were at Taos,” Cowan says. “So that was huge.”

“Texas is a huge state, and she would drive all up and down the state highways to remote towns and out in the middle of nowhere,” she says. “Those musicians are traveling at two o’clock in the morning when everybody out there is dangerous. It’s a very dangerous life to lead. But she was made to do what she did, and I would never want her to have not been that.”

“It’s something that we worried about quite a bit when she started traveling like that because she wasn’t, honestly, famous enough to have a driver,” she adds. “She drove herself everywhere and sometimes her car was working well and sometimes it wasn’t. It was a daily struggle for her, and that’s true for a lot of startup musicians.”

Cowan describes Harris as “genuine, warm and headstrong” and credits her “stubborn perseverance” for pushing her through the music industry.

“That’s what you need is you’re going to make it on your own like that,” she says. “Especially being a female in a very male-dominated industry [like] Texas Americana music.”

Cowan mentions Harris’ song “Run Away” as one of her most “interesting,” recalling the time her daughter actually did run away from home after graduating from high school.

“She was gone for a whole year,” she says. “I think it captures what a lot of people go through when they don’t want to deal with something. A lot of times, people want to run away…It’s something that she had wrestled with through her life, more so towards the beginning than towards the end. She had really gotten past that as a grown-up person.”

Harris leaves behind her 6-year-old daughter Corbie, whom Cowan says has been keeping busy by making “glitter cards” with friends for her mom.

“She was a person that loved sparkly objects,” Cowan says of Harris. “We’re joking now because we had just finally cleaned out all the glitter from our house from when she was living with us. My husband was like, ‘We’ll never see the end of this glitter!’ I said, ‘Honestly, Brad, I hope we’re never, ever done with glitter in this house ’cause it’s part of Kylie.’ She was very special.”

Corbie will continue living with her aunt, Harris’ sister Randee (who is also a single mom), as her father works toward earning his college degree in engineering. A Go Fund Me page has been set up to put money towards funeral costs and Corbie’s college fund.

As for what she wants people to know about her daughter, Cowan says it’s that Harris “would be extending her sympathies to the family of the 16-year-old girl.”

“And, of course, she would be so concerned about Corbie,” she adds. “She loved Corbie beyond everything. She’s a wonderful girl, and hopefully her message will continue to live on.” 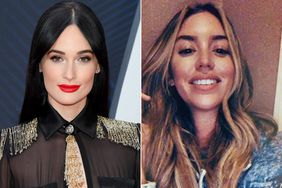 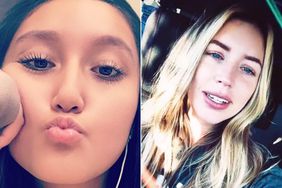 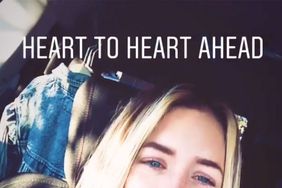 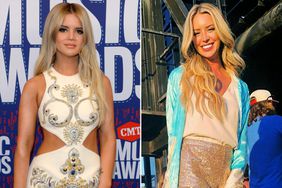 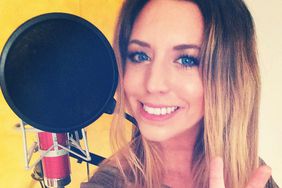 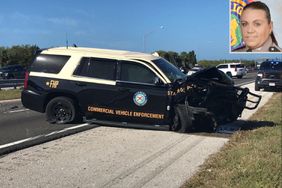