K.T. Oslin, First Woman to Win CMA Award for Song of the Year, Dead at 78

The singer-songwriter was coping with Parkinson's disease. She was diagnosed with COVID-19 last week, though it is unclear whether she died from coronavirus-related complications

The "80's Ladies" star died on Monday. Oslin had been residing in an assisted-living facility since 2016 and was coping with Parkinson's disease. She was diagnosed with COVID-19 last week, though it is unclear whether she died from coronavirus-related complications, Music Row reports. The outlet was the first to break the news — the Country Music Association confirmed her death in a statement soon after. Oslin was one of the most iconic trailblazers of country music, particularly for female artists in the male-dominated industry.

The CEO of the CMA, Sarah Trahern, said in a statement: "K.T. Oslin had one of the most soulful voices in country music and was a strong influence for women with her hit '80's Ladies.' I was fortunate to work with K.T. on a number of television shows in the late '90s. She was always gracious to the crews and up-and-coming talent performing alongside her. She truly had one of the best voices in the history of our format. Our thoughts go out to her loved ones at this difficult time."

Born in Crossett, Arkansas, on May 15, 1942, Oslin was raised in Houston. She began her career as a Broadway star, and folk singer in a trio with the late Guy Clark. In 1988, her smash hit, female anthem "80's Ladies" earned her two CMA awards for both female vocalist and song of the year. Oslin is the first woman to win the latter award, permanently marking her place in country music history. Oslin has also received four Academy of Country Music awards and was inducted into the Texas Songwriters Hall of Fame in 2014. She was voted into the Nashville Songwriters Hall of Fame in 2018.

The singer-songwriter was first signed by Elektra Records, which in 1981 and 1982 respectively, released her first tracks "Clean Your Own Tables" and "Younger Men" under her former stage name, "Kay T. Oslin." She was later signed by RCA Records, which dropped “Wall of Tears” in 1987. The fan-favorite song became her first Billboard Top 40 hit. Oslin followed her mega-hit song "80's Ladies" — which earned her country music superstardom — with back-to-back No. 1 records, "Do Ya" and "I'll Always Come Back." 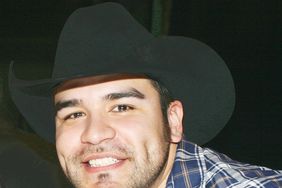 Canadian Country Star Shane Yellowbird Dead at 42: 'He Was a Trailblazer'