The Grand Ole Opry is calling dibs on Kelsea Ballerini.

The country singer, 25, earned a coveted Opry membership invite Tuesday with some clever help from the members of Little Big Town.

The band was performing on the famous Nashville stage when they invited Ballerini to join them in singing their hit song “Girl Crush.”

Ballerini’s part went off without a hitch, but when singer Karen Fairchild joined, she had some fun with the lyrics, swapping out the original lines for, “Kelsea Ballerini, you wanna join the Opry?”

The singer laughed upon first hearing her name, but her giggles quickly turned to tears as she realized what was happening.

“To be on this stage is the greatest gift in the world,” she told the crowd, according to Rolling Stone. “This is the home of country music, and I get to be a part of it.”

The “Dibs” singer will be the youngest current Opry member when she is officially inducted in April. There are currently 66 members on the roster, including Garth Brooks, Dierks Bentley, Little Big Town and Reba McEntire.

Ballerini told the Associated Press she was initially excited about singing with Little Big Town, but nervous, too, as she didn’t want to “mess up” their show.

“I was totally like, head in the game, and at the end they started singing my name and I thought they were going to sing, ‘Kelsea, we have a girl crush,’” she recalled. “And then they said, ‘Kelsea, do you want to join the Opry?’ So I just had to… completely change paths in my brain.”

The singer said her mom Carla was even on hand to watch the special moment, and that she eventually came backstage sobbing.

“It’s such a rich, important place in the world, and especially in Nashville, and especially in country music,” Ballerini said. “The Grand Ole Opry, playing it was the first step. And then joining has been the next step. That’s been on the goal list ever since I played it the first time. And I guess I get to check that off now.”

“I don’t have the right words yet, but @littlebigtown just asked me to become the newest member of the @opry,” Ballerini wrote on Instagram, before poking fun at her cry face.

“This has been at the very top of my bucket list since I wrote my first songs at 12 years old, and tonight the heart of country music wrapped their arms around me and asked me to be family. In tears over how much this means to me. Thank you thank you thank you. 😭💕”

Ballerini released her debut album The First Time in 2015, and followed it up with Unapologetically — which was Grammy-nominated for best country album — in 2017. 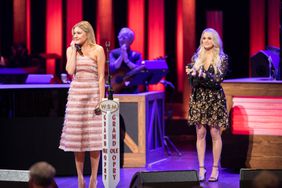 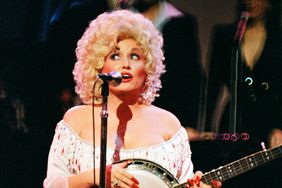 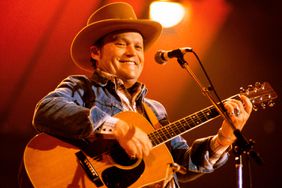 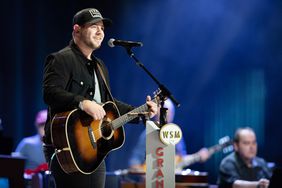 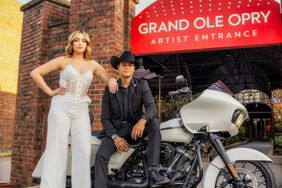