Morgan Evans celebrated wife Kelsea Ballerini's 28th birthday on Sunday by sharing a silly selfie of the two in front of the phrase "You're Hot!!" written on the wall

Kelsea Ballerini's husband Morgan Evans had a cheeky message for her birthday!

The country star, 36, celebrated his wife's 28th birthday on Sunday by sharing a silly selfie of the two on Instagram that showed Evans holding a paint roller in front of the phrase "You're Hot!!" written in green on the wall.

"She's [sic] brings out the artist and the poet in me … and I stand by it!" he captioned the image. "Happy Birthday to my favourite human of all, @kelseaballerini ♥️."

Ballerini hinted at more of her husband's celebratory grand gestures in the comment section of the post, writing, "It's the running through a restaurant with a dozen roses today for me 😍."

Ballerini and Evans moved from their Nashville apartment to a house in the suburbs in late 2020. The two had been in an apartment together since tying the knot in 2017 and were looking for a change of pace.

Last December, Ballerini told PEOPLE, "It's a big pain to go from downtown Nashville to the 'burbs, but it's so good for us, especially this year, just to have a little more space, to not hear the interstate and not hear the bachelorette parties. It's been good for us to start settling in."

"Honestly, [the move] just [is] giving us a little bit of purpose," she added. "I've obviously not had a lot of things to do this year other than make records, so I have needed to put my time and creativity into something, and getting this house together has definitely been a good outlet for me."

Evans has also said one of his favorite things about his wife is her natural beauty. He told PEOPLE in August that he tries to capture it on camera whenever possible.

"It sounds cliché, but it really is the truth," the "Day Drunk" singer explained. "I actually enjoy taking photos of her when she doesn't look like the Kelsea Ballerini you see on the red carpet or on Instagram or anything. I also love to get pics of her laughing. She's super funny. That's my favorite thing about her."

He even wrote a song about their relationship called "Love is Real" — his first new song in nearly two years.

"I had loved that title for a while and I was kind of protective over it," he says of the song he co-wrote with Jordan Reynolds and Parker Welling toward the end of 2020. "I wanted to write this the right way and not be too 'inside baseball' in terms of the songwriting on it. With this song, we just wanted to capture that feeling of love as the main point of the song." 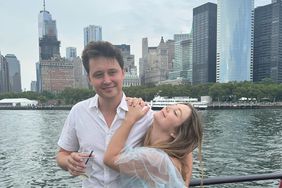 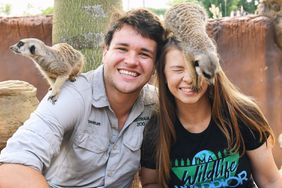 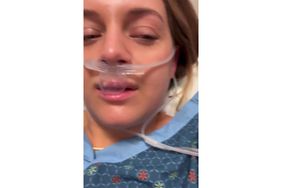 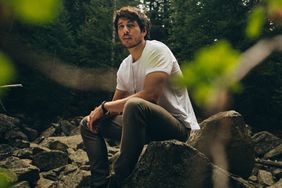 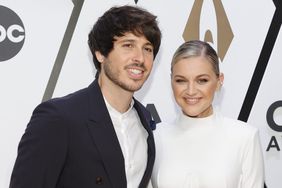