Kacey Musgraves Says She Was 'Dying Inside' Before Split from Ruston Kelly: 'I Felt Broken'

Kacey Musgraves is looking back on her divorce from Ruston Kelly.

In a new interview with ELLE for the publication's June/July 2021 issue, on newsstands June 8, the 32-year-old "Golden Hour" singer spoke about her ill-fated marriage to Kelly, whom she split from in July 2020, less than three years after they tied the knot (Their divorce was finalized in September 2020.)

"If you would've told me the night of the Grammys, 'Hey, in two years, you're going to be divorced and have a whole 'nother album written,' I would have been like, 'F--- off. No. No way,' " said Musgraves, who is releasing her next studio album later this year.

Musgraves explained to ELLE that while her marriage to Kelly started off strong, things took a turn for the worse once the COVID-19 pandemic kept them isolated at home together for months early last year.

"I could have coasted for another couple of years," she said, "just not paying attention to my feelings or not really dealing with some things."

But the extended time at home led Musgraves to question herself. "Why did I make these decisions? How did I get here? How can I prevent myself from getting there again? Why do I keep choosing the same kind of people?" she said.

"I felt, in many ways, on top of the world in my career," the star added, "but in my personal life, I felt like I was dying inside. I was crumbling. I was sad. I felt lonely. I felt broken."

Musgraves also said that having come from a family "full of long marriages," including her parents, she had a hard time grappling with the reality of her own marriage coming to an end.

"It was hard to not feel like I was in some ways a failure," said Musgraves. "There's nothing more shameful than staying somewhere where you don't fit anymore."

Musgraves previously spoke about her marriage in February, telling Rolling Stone that it "just simply didn't work out."

"It's nothing more than that. It's two people who love each other so much, but for so many reasons, it just didn't work," she said. "I mean, seasons change. Our season changed. I think I live best by myself. I think it's okay to realize that."

The former couple has remained friendly, sharing tributes for each other's birthdays and reacting to their music. "We hold no blame, anger, or contempt for each other," they wrote in a statement announcing the split in July. Each has since moved on — Musgraves is now dating Dr. Gerald Onuhoa, while Kelly is with Tori Barnes. 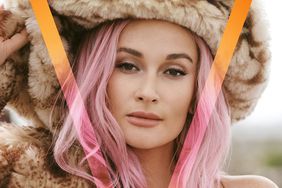 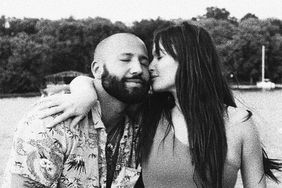 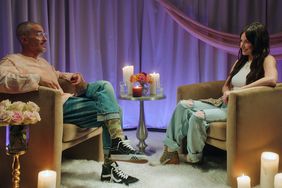