The country star wanted to release a record rooted in one of the most important values in his life: his faith

For his latest album, the country star wanted to release a record rooted in one of the most important values in his life: his faith. So he hand-selected a collection of hymns, a few of his iconic hits like “Me and God” and “Long Black Train,” and recorded a few original tracks.

“I wanted to kind of infuse some newness and some freshness to this record,” Turner tells PEOPLE. “There’s a huge variety of material on here because I wanted to show people that gospel music is not just one type of song.”

“I’ve always looked at my platform as something I can either use or abuse and I just choose to use it,” Turner adds. “I want to lift people up. I want to encourage people. I want to make people think more deeply about themselves and their own beliefs and the way they’re living their lives. I don’t want to just entertain people. There’s plenty of that to go around out in the world, and there’s plenty of entertainers that are abusing their platform. But for me, I just want people to feel better than they did before they listened to my record or before they came to my show.”

Turner wrote and recorded the title track “I Serve a Savior,” which reflects his unwavering relationship with God and how important the Lord is in his life.

“I serve a Savior/It’s what I was made for/His grace and love I don’t deserve/I will be faithful,” Turner sings in the chorus. “Humble and grateful/My life is greater ’cause I serve a Savior.”

The country star also wanted this record to be a family affair, so he included the track “The River (of Happiness),” which was written by his wife Jennifer, and his son Hampton, now 12, four years ago. On the record, all three of his sons perform in the song, with Colby, 9, Marion, 7, and Hawke, 4, playing instruments like piano and mandolin.

“I wanted to have a moment on this record where I could feature [my kids] and my wife,” Turner says. “It’s kind of wild and I think it might be the beginning of something special because all four of my boys seem to have a strong musical talent. Whether or not they pursue that as a career, time will tell. I don’t know what the Lord is calling them to do.”

The “Hometown Girl” singer also recorded his favorite hymn “Without Him” on the record, which is what he used to sing to his kids at night before bed.

“This is a song that I have loved since I was in high school,” he says. “It’s been used in my life in a variety of ways—including tucking my boys into bed at night. I’ve always loved how simple the song is melodically and lyrically. But as simple as it is, it’s also very profound and asks some serious questions to the listener, and it’s got an incredible story behind it. It’s just one of those songs that’s kind of easy to sing.”

WATCH THIS: Country Star Josh Turner: The Time My Sons Thought I Was Cool

Turner also compliments some of the record’s more “obscure” songs, like “I Pray My Way Out of Trouble” with classics he grew up listening to like “How Great Thou Art,” which features Sonya Isaacs on vocals, and “Amazing Grace.”

“This shows a more personal side of me and where I came from,” he says. “Singing in a church and growing up in a Christian home, this was the kind of music I was exposed to and I’ve never had the opportunity to do it on record before.”

As for why he decided to finally do release this album now? Turner says he finally feels like he’s in a place where he’s established his platform. Coming off a successful record with Deep South and his latest No. 1 hit with “Hometown Girl,” he couldn’t think of a better time.

Aaron Watson Will Donate $1.41 from Each Sale of His New Album to the Rebuild Texas Fund

“This is something that I have been wanting to do for a long time but I just never really got in a hurry to do it because for two decades now, I have been saying that God is calling me to be a country singer. My heart has always been in country music,” he says. “I didn’t have any big plans for 2018 and my favorite part of my job is to go into the studio and create. I just felt like it was God’s timing and I couldn’t pass it up.”

I Serve a Savior is available now, and will also be accompanied by a 90-minute live performance DVD and interview about the album with gospel legend Bill Gaither that will be sold at Cracker Barrel locations across America. 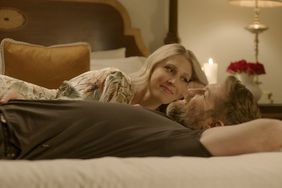 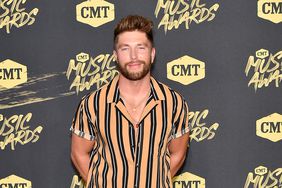 Chris Lane Dishes on His New Album 'Laps Around the Sun' : 'I Want Songs That Connect with People'