"I want to play the show for you guys that the people in Las Vegas came to see and didn't get a chance to," Aldean told the crowd inside BOK Center

Jason Aldean kept his promise to fans when he resumed his They Don’t Know Tour at BOK Center in Tulsa, Oklahoma, on Thursday evening.

The country star was back on stage 11 days after performing at the Route 91 Harvest Festival in Las Vegas, Nevada, where a gunman opened fire from the hotel and injured more than 500 in attendance, killing at least 58.

“I want this not to be something that’s going to be a downer for the rest of the night,” Aldean, 40, told the audience as seen in video captured at the show. “I want to play the show for you guys that the people in Las Vegas came to see and didn’t get a chance to.”

“This country can be really divided – that’s really unfortunate to see,” he continued. “It’s been cool to see all the love and support that’s been going on for the last 10 days. If we could do that on a daily basis the world would be a better place.”

Aldean then acknowledged the string of deadly attacks that have taken place at concert venues, night clubs and movie theaters in recent years.

“They’re gonna try to continue to hold us down … make us live in fear and be scared,” he said, acknowledging that concerts, movies and other public areas were among the places being attacked. “To those people I say: F— you, we don’t really care.”

On Oct. 1, Aldean was performing the closing set at the outdoor country music festival when gunman Stephen Paddock fired bullets from his 32nd-floor hotel room at the Mandalay Bay Resort and Casino on the crowd of more than 22,000 concertgoers.

Remembering the Victims of the Las Vegas Mass Shooting

Days following the massacre, the singer announced he canceled a series of concerts out of respect for the victims. “It has been an emotional time for everyone involved this week, so we plan to take some time to mourn the ones we have lost and be close with our family and friends,” he said in a statement.

Also on Thursday evening, a Las Vegas couple, who survived the deadly shooting, traveled to Tulsa to see Aldean perform.

Ryan Guay and Lynzee Freund, who helped save a little girl’s life, were gifted tickets to Aldean’s Oct. 12 show courtesy of Tulsa-based radio station K95.5. “These two were saving lives in the Las Vegas shooting…. A week in a half later they’re in Tulsa finally getting to finish the Jason Aldean concert,” the radio station wrote on Facebook.

On Sunday, Aldean returned to Las Vegas exactly one week after the shooting with his pregnant wife Brittany to visit with hospitalized survivors of the shooting.

“Feels surreal being back in Vegas today. Visiting some of the strongest people we have ever met… fighting the toughest battle of them all… for their lives,” she wrote along with a photo of the couple facing the Mandalay Bay.

“You have helped us try to begin to start the healing process by seeing the strength each one of you have. Thank you for today. We will never forget,” said the mother-to-be, who is expecting a baby boy in December.

The day before the Aldeans returned to Vegas, the country singer opened the Gal Gadot-hosted episode of Saturday Night Live by paying tribute to the victims of the mass shooting, as well as the late music legend Tom Petty. 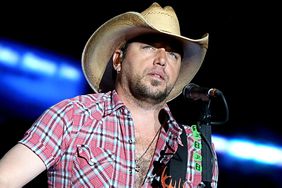 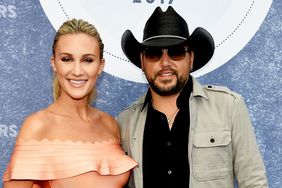 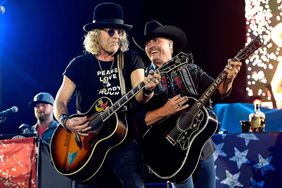 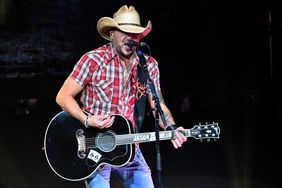 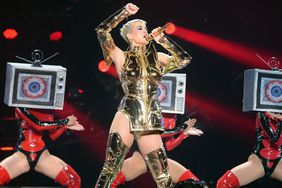 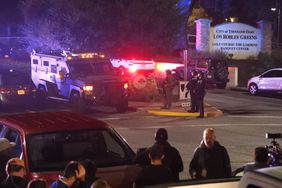