Jana Kramer is ready to share her new man with the world!

The country singer, 38, made her new relationship Instagram official on Tuesday, sharing a series of loved-up photos with her new beau Ian Schinelli.

"Sometimes you just have to stop fighting it and listen to your heart. I don't know what the future holds and honestly who does…," she captioned the post. "Every day I continue to heal and I know there is still lots of work to do, but damn it feels really nice to find happiness along the way."

In her caption, Kramer continued, sharing what it's meant to her to find someone special in the aftermath of her divorce from husband Mike Caussin in April.

"To find someone who doesn't look at your scars as a challenge or problem but rather helps you hold them and stands there to encourage you with love, strength and empathy along the way," she wrote.

Kramer also shared an Instagram Story video of Schinelli, 36, doing some handy work, joking that she had "found [her] rental husband" as she handed him a pink screwdriver.

The Holiday Fix Up star had been teasing her new romance on TikTok, having posted several videos of Ian over the last few days, including one in which she stood on his shoulders as he did squats.

Though Kramer has been slowly warming up to the idea of sharing him with the world, she played coy on Monday's episode of her podcast Whine Down with Jana Kramer.

"I'm scared. It's a scary thing. Dating is scary, it's very scary," she said when asked about the so-called "man in the TikToks." "It's a scary world out there. It's just, it's scary and I'm scared. I'll say that. [I'm taking it one] day at a time."

Kramer has been candid about life as a single mom to daughter Jolie Rae, 5, and son Jace Joseph, 3, since she and Caussin split in April after nearly six years of marriage. According to his Instagram, Schinelli, a Navy veteran, is also a single parent and has a young daughter.

Though Kramer dipped her toe back in the dating pool in September with a brief romance with Jay Cutler, the two called it quits by October.

"They went on a few dates but in the end Jana is still single," a source told PEOPLE at the time. "They realized they're better off as friends than dating." 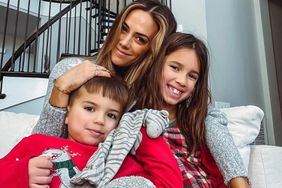 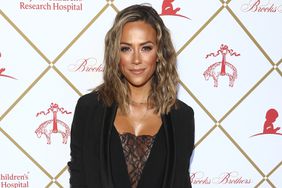 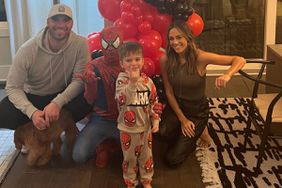 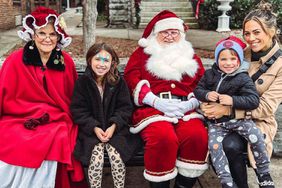 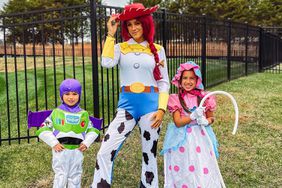