Jamie Lynn Spears' 8-year-old daughter, Maddie, was reportedly injured in an ATV accident over the weekend

Jamie Lynn Spears‘ father is asking for prayers after his 8-year-old granddaughter was reportedly injured in an ATV accident over the weekend.

Maddie, whose father is Casey Aldridge, is said to be in the hospital after a Polaris off-road vehicle she was riding flipped over on Sunday, TMZ reports. Maddie was reportedly under water for “several minutes.”

“All I can say is pray for our baby Maddie,” Spears’ father, Jamie Spears, told Entertainment Tonight.

Exact details about what happened are unclear (TMZ reports Maddie is now in critical but stable condition at a New Orleans hospital), but a rep for the Spears family told PEOPLE that “the details the media are reporting surrounding the incident regarding Jamie Lynn’s daughter Maddie are incorrect.”

“Right now the Spears family asks that everyone respect their privacy during this time and appreciates all the prayers and support for their family,” the rep said.

Spears, 25, was reportedly not with her daughter at the time of the accident. Spears is the younger sister of Britney Spears and married husband Jamie Watson in 2014.

The former Zoey 101 star has kept a low profile in recent years as she raises her child in Louisiana with Watson. Last June, Spears opened up about raising Maddie out of the public eye.

“She’s a very happy, content little girl, and there’s nothing more a parent could ask for. That’s my most proud accomplishment out of anything and always will be.” 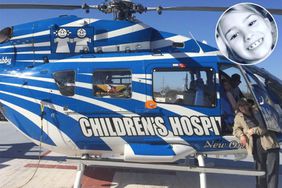 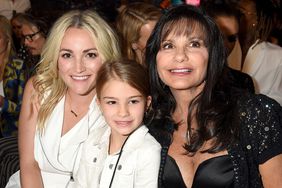