"I can’t wait to spend the rest of my life with Sarah," the country star tells PEOPLE

She's not just "Some Girl!"

"I've never felt more loved than I did last Sunday with all our friends and family in one place celebrating Sarah and me. I can't wait to spend the rest of my life with Sarah," Rodgers, 33, tells PEOPLE.

The couple — who met at a songwriting workshop at the iconic Bluebird Café 10 years ago and have been together for six years — wrote their own vows and read them to each other in private after their first look.

"As cliché as it might sound, I've really just always known [he was the one]. We were friends for years so by the time we got together there was no question!" Turner, 29, tells PEOPLE.

"We both just felt confident and stable in our relationship enough to start building a life together," she adds about their decision to wed this year.

During the ceremony, Turner wore a dress by Allure at Glitz Bridal and jewelry from Olive + Piper while her bridesmaids wore dresses by Jenny Yoo. "I had my mom and my sister each write something on the bottom of my new shoes in a blue Sharpie," Turner says. "My mom wrote Song of Solomon 3:4 from the Old Testament and my sister wrote words of advice to borrow in our marriage."

Rodgers wore a suit from Jos. A. Bank. The couple shared a cake from Kay Mc Confections (owned by Katy McEntire, mother of a close friend) and had drinks from Molson Coors and Rebecca Creek Distillery at the reception planned by Christina Logan Events.

As for her flowers, they came from Petals and Stem, while their photographer was Allison Hammond and videographer was Lynn Productions.

Don't Ask Jameson Rodgers to Write a Love Song, and 5 Other Things to Know About the 'Some Girls' Singer

"Communication is so important!" Turner says of what has kept the couple together for so long. "It's so simple, but really makes a difference in the midst of busy schedules. We've also always had a mutual level of trust and respect for each other. That's been a great foundation to build on."

The ceremony, which was officiated by friend Pete Wilson, featured a silly little moment when Turner leaned in for a kiss a bit too early.

"As we were wrapping up the ceremony, I jumped the gun on the 'you may now kiss the bride' part!" Turner says. "I leaned in too early, and our officiant stopped me! Everyone laughed and it made for a fun talking point throughout the evening."

"I met @sarahallisonturner at the Bluebird 9 years ago. Took a few years for me to finally ask her out," the "Cold Beer Calling My Name" singer wrote at the time. "Last night I surprised her there and asked her if she'd marry me. She said YES!!"

Turner shared a touching post of her own, writing that she was "legitimately surprised" by seeing her now-fiancé on one knee. She recalled the moment they met.

"9 years ago, during my second month as a Nashvillian, I took a Pitch to Publisher workshop held at the @bluebirdcafetn where I met a lot of great songwriters including a guy named Jameson Rodgers," she wrote at the time. "We swapped info and decided 'we should write sometime.'" 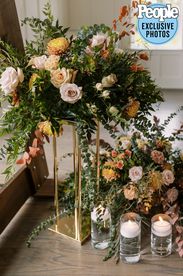 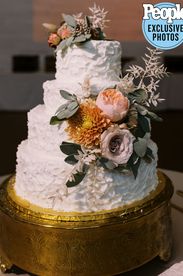 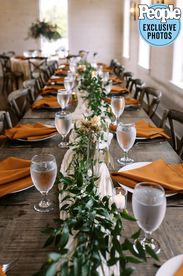 "5 years ago, after years of writing songs together, we looked at each other one night and decided maybe we were more than just friends," she continued. "Last night I walked into the Bluebird Cafe thinking I was being interviewed for a songwriting documentary and found that same guy down on one knee asking me the question I've always known the answer to, 'yes.'"

Along with their honeymoon in Mexico later this year, Rodgers is set to go on tour and will release his album Bet You're From a Small Town next Friday. Turner will open for him on some dates and recently dropped her song "Save Me the Trouble." 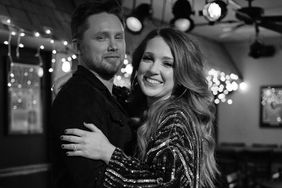 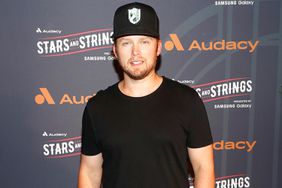