Now social distancing in temporary quarters, the "More Hearts Than Mine" singer is "just happy people can still listen to the music I've worked so hard to create for them"

No doubt all those disastrous things she can’t control — and who can blame her? In recent weeks, she not only lost her home in Nashville’s March 2 tornado, but also her calendar of performance dates on Dan + Shay‘s tour, postponed because of the COVID-19 epidemic.

But Andress draws the line on self-made fears, the kind that could put a damper on her music. “I think sometimes we create fear in our minds to keep us safe in our comfort zones,” she says, “instead of experiencing difficult things that help us become the people we really want to be in the end.”

Dan + Shay Cancel Their Stagecoach Set and Postpone Tour Due to Coronavirus: ‘It’s a Strange Time’

It’s that fearlessness that flows through her debut album, Lady Like, released to the world on Friday even as Andress, 28, social distances in her temporary quarters in Nashville. No, it’s not how she’d imagined this much-anticipated day, but no matter.

“I’m just happy people can still listen to the music I’ve worked so hard to create for them,” she says, “so there’s still a lot to be celebrated.”

At least she’s able to mark the day with a livestream concert, performing some of the music that so far has earned her a top 10 hit and a gold record, for debut single “More Hearts Than Mine,” and her first ACM nomination, for new female artist of the year.

Since its release last July, “More Hearts Than Mine,” has rocketed like a flare, signaling to its listeners that Andress is a novel combination of old and new — keeping it country in her storytelling and her catchy melodies even as she explores new sounds. Tying it all together is her elegant, emotion-packed voice.

In the case of “More Hearts,” Andress has also done the near-impossible, identifying a common human situation previously unexamined in country lyrics. The song, of course, explores the collateral damage a family can suffer in a breakup, based on Andress’ experiences with a first love.

How does the singer-songwriter describe her music?

“That has been the toughest question,” Andress says, “because I really can’t find artists that my music sounds like. I always just tell people, ‘You just have to hear it to understand it,’ which obviously was not a great selling point when I first started because everybody was like, ‘Okay, well, I can’t put you in a box.'”

Andress admits the early pushback was scary, but now she’s brandishing her uniqueness. Indeed, the first 10 seconds of the album — other-worldly violins that segue into a ’60s-meets-’90s pop vibe — fairly scream “outside the box.” That’s just the first cut, a madcap frolic called “Bad Advice.” Keep heading into the unknown, and you’ll experience more joys of discovery: the flutter of confusion in “We’re Not Friends,” the sad-happy of “Life of the Party,” the raw longing of “The Stranger,” and then there’s Andress’ anthem to fearlessness, title track “Lady Like.”

Ingrid Andress on Singing with Idols Karen Fairchild and Kimberly Schlapman: ‘I Practiced “Not Fangirling” in the Mirror’

The album is made up of only eight songs, but then Andress didn’t want any slackers. “I want every song to be single-worthy or something that stands out,” she says. Every song also has something to say about her life: “I really just picked the ones that had an emotional story to tell. I obviously write about real things that actually happened to me. At least two I wrote years ago, and some I wrote super-recently, so it’s a cool combination of who I am as a person emotionally.”

Considering what she’s been through in just the past three weeks, there are surely a lot more emotions these days to throw into the mix.

Andress’ Nashville apartment complex was hit by a tornado the same week she started her first arena tour, supporting Dan + Shay. “I actually went to the center of my apartment because that’s how quick it hit,” she says. Though her unit wasn’t damaged, the building was condemned, leaving her homeless. That nightmare low collided four days later with the dream-come-true high of three sold-out arena shows.

Performing before thousands was “definitely everything that I had wanted to do,” Andress says.

Four days later, life took another nosedive when the entire tour was postponed. Andress doesn’t second-guess the decision. “As bummed as I am,” she says, “health takes precedence over everything.”

Now, in self-isolation at a friend’s apartment, she’s finding a far different rhythm than the turbo-charged pace she’s kept over the past year as she’s been launching her career. “This whole pandemic situation has slowed everyone’s lives down quite a bit, including mine,” she says, “but it’s been weird and nice at the same time to have a moment to really think about everything that’s been happening in my life up to this point.”

Perhaps her most precious reflections have been about the human connections she’s made with fans.

“What’s meant the most to me,” she says, “is people coming to see me and taking the time to listen to my music. That is mind-blowing to me. I’m like, wow, I can’t tell if you’re making the right decision or not, but thank you.”

Meet-and-greet lines have also been a great source of pleasure. “I absolutely love it,” Andress says, “because the whole point of writing songs the way I do is to be able to relate to people and just make people feel understood. So when people tell me their stories, it’s like the most fulfilling thing ever.”

Once touring begins again, she knows health guidelines for meet-and-greets will means “elbow bumps and air high-fives instead of hugs,” she says. “Hopefully everything will eventually level out so we can go back to hugs, because I love those.”

She’s already looking forward to getting back out on the road with Dan + Shay, set to restart on July 30, as well as joining dates on Tim McGraw‘s tour. In the coming days, Andress is also hoping to squeeze in her own headlining tour at some point, as well as write and release even more new music.

Of course the ACM awards, now rescheduled for Sept. 16, are inked onto her calendar. Andress sees a couple of bright sides to the show’s postponement. “I definitely don’t mind holding on to the nomination longer,” she says. “It also gives me time to figure out what I’m going to wear!”

These days she’s also getting time to catch up on sleep and enjoy leisurely FaceTime chats with family — she’s one of five siblings — and she’s discovered at least one important new thing about herself.

“I’ve always told myself and others that the reason I don’t cook is because I don’t have the time,” she says. “As it turns out, I have all of the time now, but I still haven’t cooked anything. I find that hilarious, and now I’m curious about other things I’ve told myself I can’t do because of ‘not having time.’ I’m sure shaving my legs will be one of those things!”

From Homeschool to Feeling Like an Outsider: Ingrid Andress Is Unapologetically Herself in New Doc 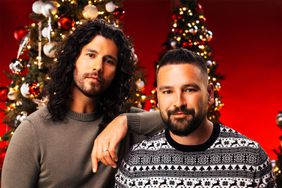 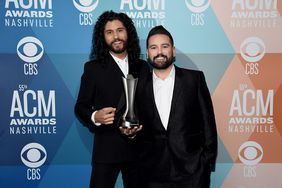