"Nobody else can be more you than you," he tells PEOPLE. "That's just always rung true to me"

In a world craving the chance again to be amongst beautiful landscapes and open air, there is the fresh music of Ian Munsick.

A rising country star hailing from the great state of Wyoming, Munsick's debut album Coyote Cry is a far cry from much of the country music that has been churned out in recent years. Instead of tired songs about beer and trucks, these are fresh songs of true love and hard work.

And at a time when authenticity is a crucial element to any artist's portfolio at the moment, this country artist's background is as authentic as it gets.

"People can smell a fraud from 300 miles away," Munsick, 27, tells PEOPLE with a slight laugh. "Nobody else can be more you than you. That's just always rung true to me. Be who you are and be the best version of you because that's going to give you longevity. I keep it real and I bring life to the experiences I have had both in Wyoming and in Tennessee in my music."

Born amongst the beauty of the Rocky Mountains, Munsick grew up on a ranch alongside two older brothers who he would spend his days making music within the family band, The Munsick Boys.

"We played everything from bluegrass to western swing to The Beatles to Ray Price," remembers Munsick, whose father also played fiddle and "anything else he could get his hands on." "My love of music came at a young age. It was as if I always knew I wanted to bring that piece of Wyoming to the rest of the world."

Indeed, as Munsick grew up, seldom could he find the country music he could truly relate to playing on the radio.

"I felt like our part of the country was extremely unrepresented in country music," remarks Munsick, who moved to Nashville when he was 18 years old to attend Belmont University. "You get music from Texas and the southeastern portion of the country, but you just don't get that rocky mountain region. They love country music because it's what they do. They work on ranches all day and they do everything that is quote, unquote, country. So that's what I feel called and obligated to do … bring the west to the rest."

RELATED VIDEO: Dolly Parton Receives COVID Vaccine As She Calls for Others to Get it

And that's it. No shtick or fancy getup. No hidden agenda or complicated campaign. Just good music delivered by a man with a killer tenor voice who knows what it's like to live next to the mountains and sing its praises. And he does that tenfold on Coyote Cry, an album he created over the course of two years.

"Come Home to You" tells the story of a rancher coming home from a long day at work to the one he loves. "Mountain Time" speaks of a yearning for home the longer you are away from it. And then there is his soon-to-be first single "Long Haul," a delicious look into his adoration for the West.

"I think all of this music just embodies what people love about country music and that more open and free way of life," says Munsick, who has also created some big-time buzz on social media thanks to his country-pop covers of hit songs from artists such as Britney Spears and Fleetwood Mac. "When it comes to my music, I just stay true to where I am from. Being from the west, I just always go into the studio or co-write trying to bring those images to life."

Now, with a major record label backing him and the support of a growing legion of fans, Munsick is poised to bring a new flavor to the country landscape. But his journey hasn't come without its challenges.

"The most challenging aspect of my life and being an entertainer is having a speech impediment," he says of the stuttering he has dealt with since he was just 8 years old — a condition that disappears when he sings. "I have worked really hard on being as fluent as I can be and still deliver my message, but I have long known it was going to be a constant challenge."

But in this challenge is another opportunity for this Wyoming native to find the sunshine amongst the clouds.

"All I think about is that kid out there that can't talk very well or that kid that's dealing with some other sort of impediment," he says quietly. "Hopefully, I will be able to inspire them to do what they want to do, no matter what. They won't let any bump in the road slow them down." 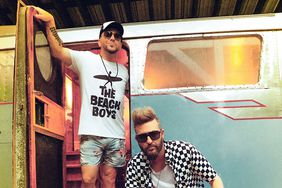 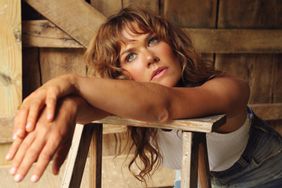