"Blake Shelton has 27 number one radio hits, I never in my wildest dreams would imagine being part of that," Gwen Stefani said

Gwen Stefani is opening up about her experience with country music and feeling grateful to have fiancé Blake Shelton to show her the ropes.

During a new episode of The Ellen DeGeneres Show, airing Wednesday, the No Doubt singer spoke about her collaborations with Shelton and said she is still reeling from her recent Academy of Country Music Awards nomination for the pair's loving duet, "Nobody But You."

Speaking about her success in country music, Stefani said she "really just hopped on a couple" of Shelton's songs, which she called an "honor."

"Blake Shelton has 27 number one radio hits, I never in my wildest dreams would imagine being part of that," she told host Ellen DeGeneres. "To be on a song that goes number one in a genre that I have no business being part of, twice, and now up for these awards, it's pretty monumental and exciting and unexpected."

Last month, Stefani earned her first ACM nomination for music event of the year for her collaboration with Shelton. Back in October, the pair took home the 2020 CMT Music Award for best collaborative video for the romantic track.

The "Hollaback Girl" singer, 51, said she continues to learn more about the genre with help from her fiancé, 44.

"Country music, the whole genre, is such an incredible writing community that for me I feel so much respect and I've learned so much from all the songs that Blake has shown me and all the different artists," she explained.

"I relate to that because I'm a songwriter so it's just been another gift along the whole journey that I've been on to be a part of that," she added. "It's really been fun."

Last week, Stefani spoke to Apple Music's Zane Lowe about her new single, "Slow Clap," and reflected on her music roots dating back to her ska-rock band first formed in the 1980s. (Their self-titled debut album was released in 1992.)

"[It's] surreal to think that that happened so long ago," Stefani said of singing with No Doubt. "I have no idea what the future holds with that. You know what I mean? It's impossible."

The artist also opened up to Lowe about writing music currently, sharing how today compares to other eras of her career.

"It feels like we're at the edge of maybe, a little bit of a relief of what we were in before. It feels like we're kind of in a new place, so basically, all I have to do is just try to write new music every day," Stefani said. "That's kind of the zone I'm in right now."

"But what's so great about now is you can put music out and write at the same time, that's just like, that's the new school, and we didn't have that before so it's kind of exciting," she added. "It's not such a big deal anymore. It's a big deal, but it's like you can share it faster and not worry about it as much. It's fun." 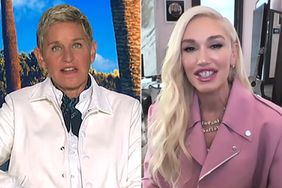 Gwen Stefani Asks Ellen DeGeneres to Be Her Maid of Honor: 'We Can Put Some Extensions In' 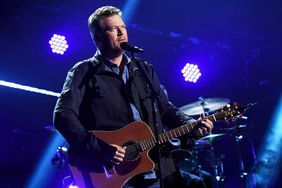