Garth Brooks, 59, is set to honor Randy Travis, 62, with the Artist of a Lifetime award at the CMT Artists of the Year special airing on Wednesday.

The two country stars go way back, and Brooks has never been hesitant to show his appreciation for Travis.

"Randy Travis saved country music, in my opinion," Brooks told The Tennessean in 2019. "I don't know of any artist who took a format and turned it 180 [degrees] back to where it came from and made it bigger than it was then."

"'We are honored to recognize these five incredible artists who have entertained and inspired millions through their music this past year. We look forward to returning to the Schermerhorn with a live show as we celebrate the accomplishments of Chris, Kane, Kelsea, Gabby and Luke," Margaret Comeaux, the VP of production said in a press release in September.

Meanwhile, Mickey Guyton will be honored with CMT's Breakout Artist of the Year award and is set to perform at the event alongside Yola.

This will mark only the fourth time the award is bestowed, and Guyton will join previous honorees such as Stapleton in 2015, Ballerini in 2016 and Ashley McBryde in 2019.

Also performing at the event will be Boyz II Men, who will team up with Kevin Olusola of Pentatonix for a collaboration to honor Stapleton, Ballerini will welcome the Jonas Brothers for a remote performance straight from their "The Remember This Tour," and Walker Hayes will make his performance debut at the award show with his hit "Fancy Like."

RELATED: CMT Awards 2021: See the Winners Pose with Their Prizes!

On Monday, the CMT Instagram account shared a tear-jerking video of country singer Jon Pardi, who was asked to honor Travis, one of his heroes, in a tribute video filmed at The Nashville Palace. Travis then ends up surprising him as he performs a song instead, which leads Pardi to burst into tears.

"I only know this because I mean, you don't remember everything when you're young but my grandmother loved you and she loved country music, so pretty cool," Pardi, 36, says in the video as he begins to shed tears. "Ya'll got me man, ya'll be doing me dirty, I was just here to sing."

The special will air live from Nashville's Schermerhorn Symphony Center on Wednesday at 9 p.m. ET on CMT. 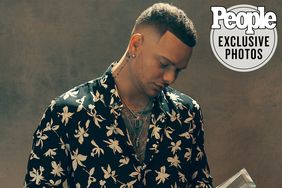