The American icon, one of PEOPLE's People of the Year, doubled down on her philanthropy this past year — and flexed her business side, too.

The Queen of Country, an American icon, the most prolific songwriter of our time, the one thing we can all agree on these days… when it comes to Dolly Parton, it's all true.

Also a fact: At 75, Parton is more in demand than ever. There's a slew of new ventures in the Dolly-verse: a beauty business and fragrance, a new (and already Emmy-winning) production deal with Netflix, and she's even co-authored a book with James Patterson, out early next year. The book has already inspired an album, for which Parton has written 12 songs.

"I keep dreaming myself into a corner!" Parton tells PEOPLE with a laugh. "But I can't stop now. I've learned you can't just say, 'Oh, my dream's come true and I'm walking out of here.' No, you've got to show you're grateful and show that you're not going to just leave it all in the hands of other people."

For more on PEOPLE's 2021 People of the Year issue and other top stories, listen below to our daily podcast on PEOPLE Every Day.

Busier than ever. And yet over the past year, a previously lesser-seen side of Parton, one of PEOPLE's 2021 People of the Year, came into view: Dolly as mega-philanthropist.

In late 2020, she donated $1 million to Vanderbilt University in Nashville, which was used to fund research for the Moderna vaccine. And then in October, after devastating rain-ravaged middle Tennessee, her Dollywood Foundation raised $700,000 for flood victims. And, perhaps most personal for Parton — and inspired by her father's illiteracy — her Imagination Library project, established in 1995, has now donated almost 170 million books to children under five.

Watch the full episode of People of the Year: Dolly Parton on PeopleTV.com or on the PeopleTV app.

As Parton sat down for her interview with PEOPLE, the program had just rolled out across Kentucky. Her project is now in all 50 states.

"I'm kind of addicted to the feeling of giving," Parton says. "Knowing that I'm doing something good for someone else."

But what she's less comfortable with is being recognized for it. "I have to honestly tell you, I was a little bit skeptical of being put on the cover as one of the People of the Year," she says. "Because that's a lot of pressure. But, yeah, it's like, I am not all that. I'm glad that I stand for enough stuff to where I'm not the worst person in the world."

She adds, "But I don't want to be worshiped, because there's a scripture in my Bible that talks about idol worship. And I see that happening all the time with movie stars and these celebrities. People literally worship them more than they worship God. And I just — I cringe at it sometimes."

She's clear though: "But if I can set an example, then that's great."

But back to that business side of Parton. Sitting atop an estimated $350 million fortune — built from her prolific songwriting and savvy business acumen — she remains very active in all of her ventures.

And is, word has it, a tough but fair boss.

"I'm a good boss, I think," Parton says. "I try to rule with love and compassion. But also, there's a fine line that says, 'She's not a pushover.' I'm a fair and honest person. I like to be as friendly as I can and love the people that work with me and I like to have them love me."

That said, Parton knows some people have an agenda. "I know that we're using each other and that when it's time for them to go on, they can. But I want to be the kind of person, if they need to come talk to me, they can almost like as a friend and then we'll get to the business," Parton explains. "I don't want anybody to be afraid to come to me."

"Some people I have to kick their ass up one side and down the other because some people will just not listen," she adds with a laugh. "And then you do have your creative vampires. You do have your energy vampires and you've got some people that just going to eat you up alive."

Parton is not one steal from.

"A creative vampire is someone who takes your ideas and they claim them as their own, they take them and then they scatter them out," she explains. "There's that old saying, 'There's no limit to what can be done if it doesn't matter who gets the credit,' and there's truth in that. But that's the hardest part if someone takes your idea."

One thing she never claims? "To know what I don't know."

Parton explains her business outlook this way: "I have all kinds of companies, like Dollywood. It was my idea to have Dollywood, to have a theme park, but I knew I didn't know anything about running it, but I knew I would find people. So I always do that, though, with anything. I hire people. I see what I need and what I want, but I know I can't do all that myself."

For more on Dolly Parton and the other People of the Year — Simone Biles, Sandra Oh and America's Teachers — grab a copy of PEOPLE on newsstands Friday. 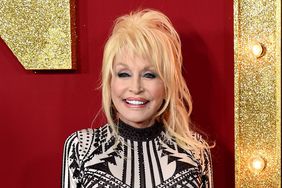 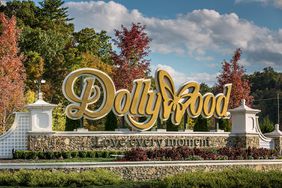